Authored by Bill Blain via MorningPorridge.com,

So… that was the first half of 2020. What an extraordinary 6 months. A record panicked tumble followed by a record exuberant rise. The next 6 months are likely to prove just as … Exciting? This morning’s Porridge will cover some of the major outlook issues ahead, while tomorrow I will follow up with Reasons to be Fearful; looking at areas of concern, including banking and aviation. Friday? Who knows where we will be by then!

What the Pandemic/Lockdown co-dependency is demonstrating is that nothing is predictable. Economic models are obsolete. Goals posts have never been as mobile. “A single worker coughing in Korea might result in a town being lockdown in Germany”… It’s that sort of thing that’s setting the economic agenda.

The situation is fluid.

Even if we could see moment-by-moment economic data, we still can’t predict what follows with certainty. The economic snapshots provided by tomorrow’s US Non-Farm payrolls employment reports or IMF prognostications have never been less helpful.

The best we can do is discern trends through a glass darkly. Everything I predict this morning could unravel by this afternoon. The current flare-ups of first-wave virus outbreaks in the US highlight how expectations will move with new news!

Regard this morning’s ramblings as nothing more than crystal ball pontification for the next 6 months:

Markets will remain on a RoRo (Risk On/Off) rollercoaster, bouncing up or down on each piece of perceived good or bad news. They aren’t really paying attention to the underlying economic trend – but reacting tick-by-tick to the news flow. If the news turns unremittingly bad – for instance on a rising wave of cornonavirus outbreaks, negative company earnings reports, rising trade tensions, or political shocks, the downside could be exacerbated.

The tone of market commentary in the last 3 months has been fearful. Analysis has focused on how dangerously detached markets have become from the underlying economic doom and gloom. Market talking heads have been predicting a massive sell-off, and blaming QE Infinity for creating a dangerously false high market.

However, such negativity is missing the underlying narrative. The virus was bad, but not nearly as bad as predicted. There are plenty of factors supporting markets, and building some confidence.

First and foremost, Central Banks simply can’t afford the economic dislocation that would follow a major stock and bond crash. Any weakness is likely to be countered by further “do-whatever-it-takes” announcements on Central Bank purchasing programmes – right up to equity ETF purchase programmes.  (That doesn’t condone the distortions of QE Infinity as a good thing – they have all-but slain the functioning of free markets, but they are a necessary evil.)

Second, market pundits are a gloomy bearish crowd. Do not go to parties with them. They delight in underestimating the potential upside. The truth lies between. Paste a copy of Blain’s Mantra No 4 to your laptop: “Things are never as bad as you fear, but never as good as you hope.”

Third, there is no shortage of investment funds – parked in cash, gold or zero-yielding bonds. It’s looking to be put back to work.

The promise of Central Bank unlimited support, together with an improving outlook on economic activity, and FOMO, should ensure “buy-the-dip” buyers quickly set market bottoms.

I remain seriously amazed at just how detached markets are from the economic reality. Stock prices are not pricing in a recovery – they are pricing in an economic boom! Prices are too optimistic. The reality is there is still plenty of Coronavirus bad news to come, rising unemployment and corporate defaults. That’s why I won’t predict a much higher upside level for stocks – at least not until we’ve got the all clear on the virus and clear economic recovery.

It’s likely stocks will remain RoRo volatile through the coming months, and trend around current levels in a surprisingly wide and volatile band. I suspect the recovery in US prices is probably done. Europe has done much better on handling the Virus, but stocks have massively lagged – mainly on doubts about whether the ECB can actually revive moribund economies, and whether the EU can deliver its massive new mutualised support package.

One sector that has really struggled is banking. US Bank are down 30%, while Europe is even worse. I can't see any reasons to be positive on the sector, but if bank prices start to rise, that may be another recovery signal. (Or it might just be punters looking for cheap stocks on the hope a rising tide will lift all boats... not if they are holed below the waterline with exploding NPLs, they won't!)

While its less likely markets will lose their faith in Central Banks and the explicit free put they’ve granted markets, there is still the big unknown. We just don’t know enough about the virus, its economic power, and its effects on economic behaviour.

The Big Unknown – The Virus

We can’t predict with any real certainty what the Virus does next. We don’t know the likelihood of a proper second wave in the autumn, or even the effect of the ignitions of first-wave hotspots. It’s clear many individuals remain intensely fearful of the disease – and their behaviours will colour recovery.

The economic power of the virus is Lockdown. I suspect that will lessen in coming months as governments persuade most workers its safe to resume work. Poeple are bored and tired of it now. But its influence will be felt strongly across some sectors. How the virus develops will determine how quickly tourism and aerospace recover, but also hospitality – which employs over one million in the UK.

Extended lockdowns will result in lost jobs, lost skillsets, and multiplier effects across the whole economy, which will depress consumption. There are clear dangers in how long Governments can sustain furlough schemes – at what point to workers lose their skills and incentives to work.

Recovery – on or off?

I’m increasingly positive the last 4 months of lockdown repression has triggered a stronger than expected and sustainable growth rebound. It’s based around the consumer snapback, driven by the amount of money folk unexpectedly found themselves saving by not commuting, not shopping, not eating out, and the pubs being closed.

The strength of the snapback is illustrated by many indicators which have positively surprised markets, including rising PMIs, consumer confidence, retail sales and home buying.

It feels like there is something of a COVID Spring underway – even though the weather on the first of July is pretty wintery! New companies are being created at record rates. Surprisingly – given the virus - there is a sense of increasing confidence which has been fuelled by the willingness of conservative governments to spend, and extend rental and loan holidays.

There are also indications that government fiscal measures; including furloughs, bailouts and support packages aren’t just lifeboats, but are actually acting as proper growth multipliers on both individual and corporate behaviours. Infrastructure spending binges will also help in terms of multiplier effects – if properly managed and coordinated. We wouldn’t want building HS2 – the railway to nowhere - crowding out more important housing provision.

There was a general fear companies would seek to rein back investment, hiring and product development spending, preparing for potential solvency issues over a lengthy slowdown. Instead, corporate confidence is improving. Many companies are choosing to regard the Pandemic as an opportunity for growth – actively going out seeking new markets, and hiring staff, rather than contracting. (That business confidence is also vulnerable to virus badnews..)

There remains a high degree of risk many jobs will be lost in sectors most impacted by the crisis as companies seek to rationalise and right-size for the new economy. We know it won’t be a sharp V-shaped recovery.  Many self-employed workers have received zero cash through lockdown, and sectors like tourism and aerospace remain shuttered. They account for up to 18% of the economy – and will dilute growth potential.

What are the big issues?

The obvious ones are trade – the UK and Europe failing to find a Brexit accommodation, or the China/US spat – which could create a whole new series of questions. (The Chinese escalation of tension via its Security Law/annexation of Hong Kong is one factor – picking its moment against a distracted US.)

I’d identify politics as the major risk. The UK and US governments have had a miserable virus bulging with policy failures and confusion. In the UK much of that seems down to bureaucracy – and, as I predicted, heads are being lopped. In the US, well…. That’s a whole other story about a nation increasingly divided against itself…

The ability of governments to deliver will be critical. If they fail… we get another phase of political populism and all the policy wobbles that will entail.

However, I suspect the biggest unknown risk might be the long-term implications of QE and Government debt. Markets are not functioning effectively. There has been massive inflation in financial assets. Will rising government debt cause inflation in the real economy? To some extent it must – more money chasing the same number of goods? Or is something extraordinary occurring – where the velocity of money around the economy is matched off against the degree of debt/leverage in the economy? 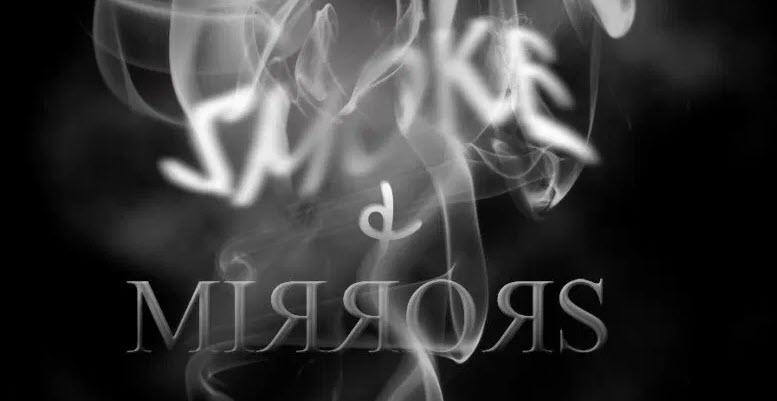 Smoke and mirrors? Perhaps it might be best not to ask to many questions… just in case the current monetary illusion shatters…