Xetra’s T7 system for cash stock trading was unavailable starting around 847am CET, the exchange operator says on its website. Trading of derivatives on Deutsche Boerse’s Eurex also faced technical difficulties, and only about 30 of 99 stocks on Germany’s HDAX large and mid-cap index were showing trades as of open of trading in Frankfurt.

"Due to technical problems, the Eurex T7 system is not available at the moment. We are investigating and will keep you informed," Eurex noted on its website. However, alternative exchanges like the Tradegate Exchange in Berlin were functioning properly.

The chart below show the nearly 3 hour long trading halte in the cash DAX, which tumbled as soon as trading resumed. 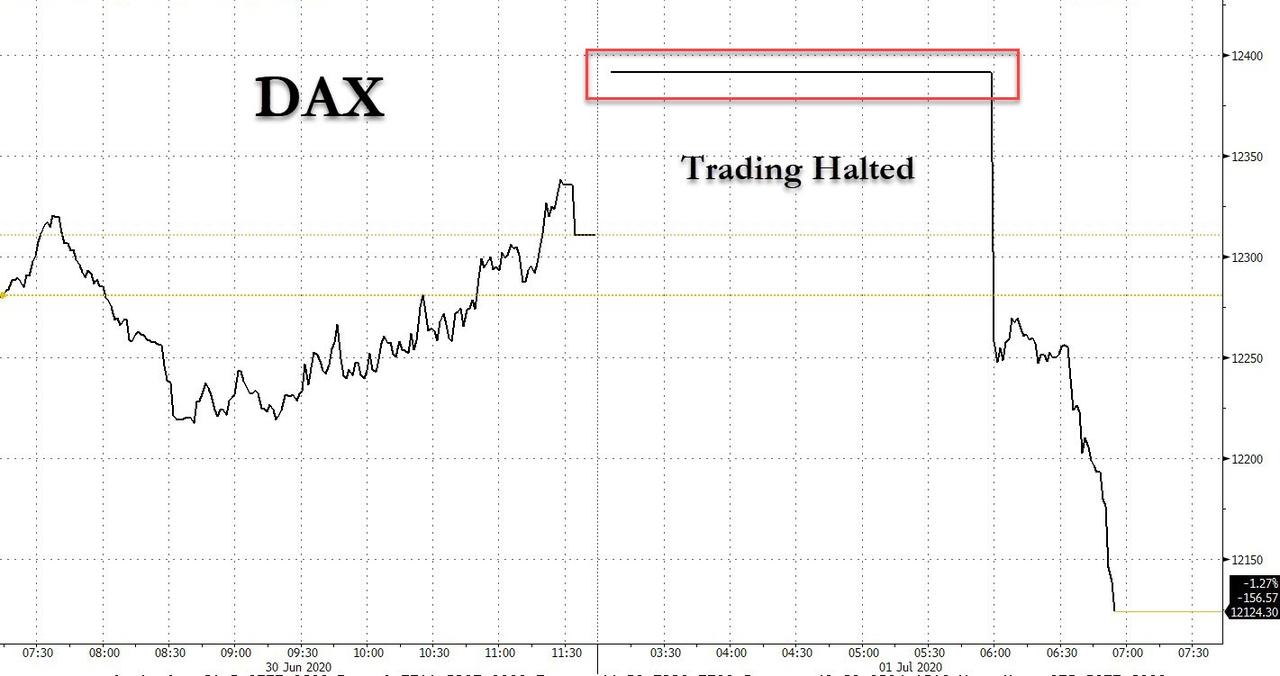 The technical snag was a further blow to Deutsche Boerse, which saw one of its longest outages in April when the Frankfurt stock exchange was halted for more than four hours.

As Reuters reports, Deutsche Boerse CEO Theodor Weimer said after the April blackout that the stock exchange had taken precautions to avoid such a breakdown in the future. Just two months later, it was followed by another 3-hour-long halt.

Exchanges slowly came back online around 0930 GMT, but the cause of the disruption in Xetra on Wednesday was not immediately clear. The DAX eventually reopened just around 1145am CEST.

The German stock exchange's cash markets generated a turnover of 159.8 billion euros ($179.5 billion) in May. Some European bond and stocks futures affected by the Xetra issue also resumed trading.