Authored by Charlie Shrem via CoinTelegraph.com,

A second Bretton Woods era will be even more centralized and even further from a true democracy... 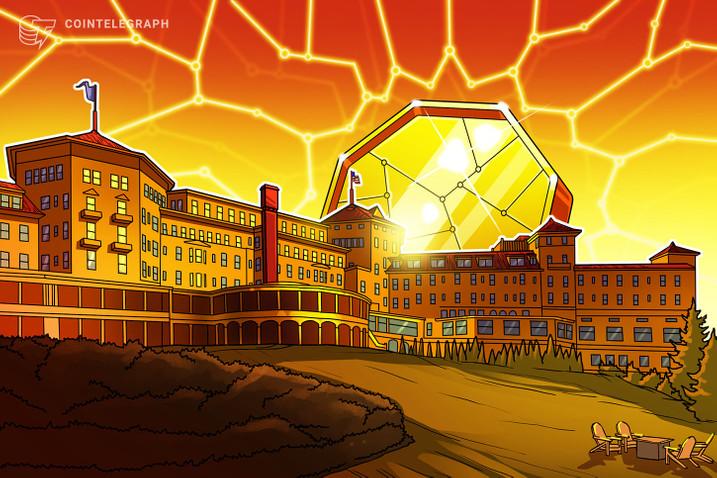 Barely 100 years ago at the start of the 20th century, people were able to exchange dollars for gold at their local bank. While gold was too hard to trade between people, banking institutions held gold and gave people cash for it. This was during what was known as the gold standard. Each sovereign currency’s value was determined relative to a fixed amount of gold. However, in the decades ahead, that standard quickly changed.

Toward the end of World War II, dozens of powerful people organized a meeting to discuss a new monetary agreement designed to minimize the economic damage done by the war. This meeting was named after the location where it took place: Bretton Woods, New Hampshire, in the United States.

It was a long-term plan with several parts that spanned over decades. And the Bretton Woods delegates decided that multiple fiat currencies would now be backed by the U.S. dollar as opposed to gold itself. At first, the dollar proved to be stable enough to support the Bretton Woods agreement in 1944 — until it wasn’t in the decades ahead. During the Vietnam War, President Richard Nixon called for more money. There wasn’t any more money in circulation. So, he started printing.

In 1971, President Nixon ended the dollar’s convertibility to gold, which effectively ended the Bretton Woods agreement after nearly 30 years.

The removal of the gold standard turned each country’s fiat currency into a floating exchange rate that was no longer fixed. Money was not measured by the dollar anymore; now, each currency was measured in relation to every other currency, with prices that constantly changed, creating foreign exchange market volatility.

Bitcoin as an opposition

Today, one asset that fiat currencies are measured against is Bitcoin (BTC). As I mentioned in 2019, I think Bitcoin is the best investment when it comes to currencies in the sense of sound money. 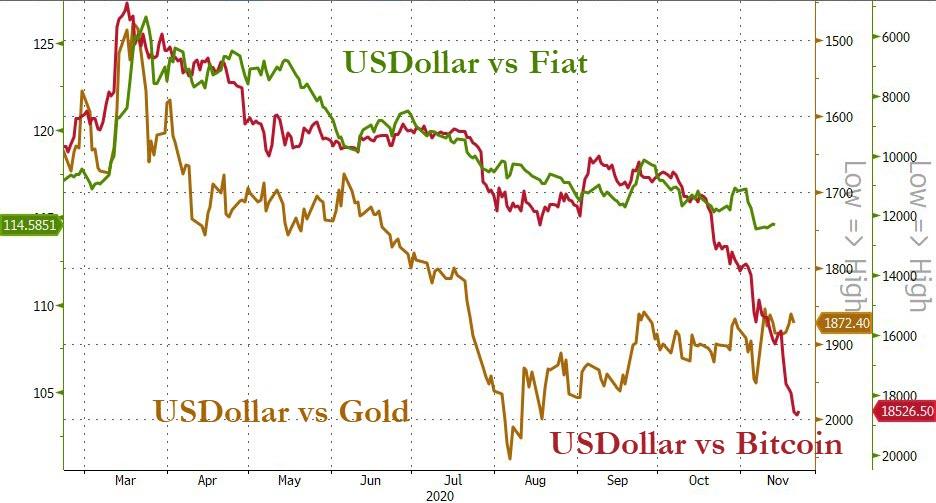 In certain countries — such as Brazil, Argentina and Venezuela, to name a few — Bitcoin’s price is currently at an all-time high compared with their national fiat. Relatively speaking, that’d be equivalent to Bitcoin price already being around $20,000.

The problem is that Bitcoin is not ready to be a monetary system in and of itself. Most people who have Bitcoin are just holding it — they’re not selling it or using it as currency due to its potential to rapidly appreciate, despite the downside risks.

Meanwhile, the International Monetary Fund is now calling for a second Bretton Woods era to be announced in 2020. This would establish the Special Drawing Right, or SDR, as the new reserve currency as opposed to the U.S. dollar. The SDR serves as the most stable investment option for the IMF. Its value consists of the top five global fiat currencies as a protection against volatile movements in forex markets. The problem with the SDR approach is that it could make the economic situation even worse than it is today.

History has shown that when people have an inflated amount of power with regard to money, they will use it. Just look at President Nixon during the Vietnam War and the original Bretton Woods agreement in the mid-20th century. Even worse is that now, nearly all central banks are printing more money, which in turn leads to inflation as fiat currencies lose their purchasing power.

We can’t have a single powerful entity with the power to print itself out of temporary trouble, especially while it would be putting us in future debt that would be impossible to manage. This is the opposite of democracy, where only a few people control big monetary decisions that affect everyone. Cryptocurrencies like Bitcoin aim to solve this dilemma, thanks to their limited supply, among other favorable qualities inherent in blockchain technology.

Blockchain tech has a solution

Blockchain has raised our standards to expect decentralization in the institutions that are meant to serve us. True decentralization is reached when the hierarchy is broken. Everything becomes transparent, and incentives are offered to push the system forward in the right direction.

Sogur, for example, is a startup tackling the ambitious challenge of creating a new monetary system based on its cryptocurrency SGR that models the SDR while leveraging blockchain and an intelligent economic design advised by world-renowned economists.

I like the idea of currency baskets that serve as a much more reliable, stable means of exchange. I don’t like that the IMF gets endless decision-making power over our global monetary system. Blockchain-based solutions are different — they have a foundation that’s governed by an assembly and, for example, can give SGR holders veto power over every decision at any given time.

Blockchain technology can combine the elements of decentralized governance into a classical corporate structure, in order to comply with international laws and Anti-Money Laundering requirements, while using a smart-contract-based bonding curve to tame inflation and volatility, which remain two of the biggest problems with traditional fiat currencies that can be solved.