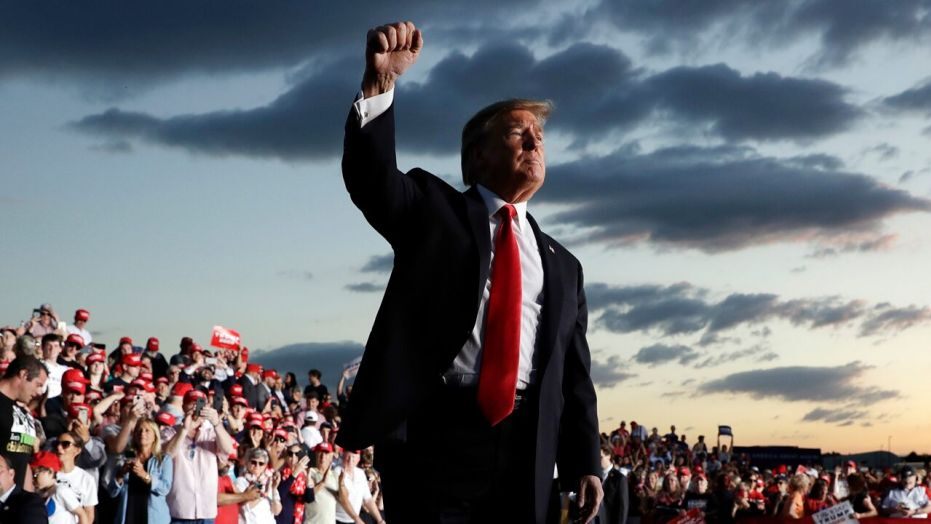 Rep. Louie Gohmert, R-Texas, said on Wednesday that if you get past all the noise and latest book aimed at damaging President Trump, you would see that the president is running a clinic on how to achieve peace in the Middle East through a new and effective approach.

The mainstream media has done its best to downplay Trump’s remarkable achievement this week after Bahrain and the United Arab Emirates agreed to normalize their relationship with Israel.

“The president is getting amazing things done,” Gohmert said, during an interview with the “Todd Starnes Show.” “For all of the problems that were created in the Middle East by the Obama administration. We had Arab-allied countries in the Middle East that were begging the Obama administration not to cut a deal with Iran because that meant it was going to be a bigger threat to them.”

EDITOR’S NOTE: Social media is cracking down on Conservative content. Many of you have complained that you never see our content in your news feeds. There’s only one way to fight back — and that’s by subscribing to my FREE weekly newsletter. Click here.

Gohmert said Obama’s national security experts ignored the requests. They were assumed that in order to achieve peace in the Middle East, it would start with Israel’s relationship with Iran or Palestine.

He said those countries in opposition of these deals will have to admit if they never wanted a deal in the first place or sit down at the negotiating tables.

WH PRESS CORPS TRIED TO DESTROY SARAH SANDERS, BUT SHE GOT THE LAST LAUGH

“I know the media has ignored this and shame on them, because this could have just an incredible and profound impact on the future and peace in the Middle East,” he said.

The interview with Gohmert was wideranging. The two also talked about the NFL protests in the wake of the Black Lives Matter protests.

Gohmert said he watched the NFL his entire life, but has not watched a single down this year. He said he hoped to watch college football as long as it stays about football and does not become a social crusade.

Gohmert said nobody should be surprised that Americans don’t fall in line when millionaire athletes tell them that the country is “grossly unfair.”

“Well, OK…Let’s start giving some of the money to people who need it if that’s the problem,” Gohmert said.