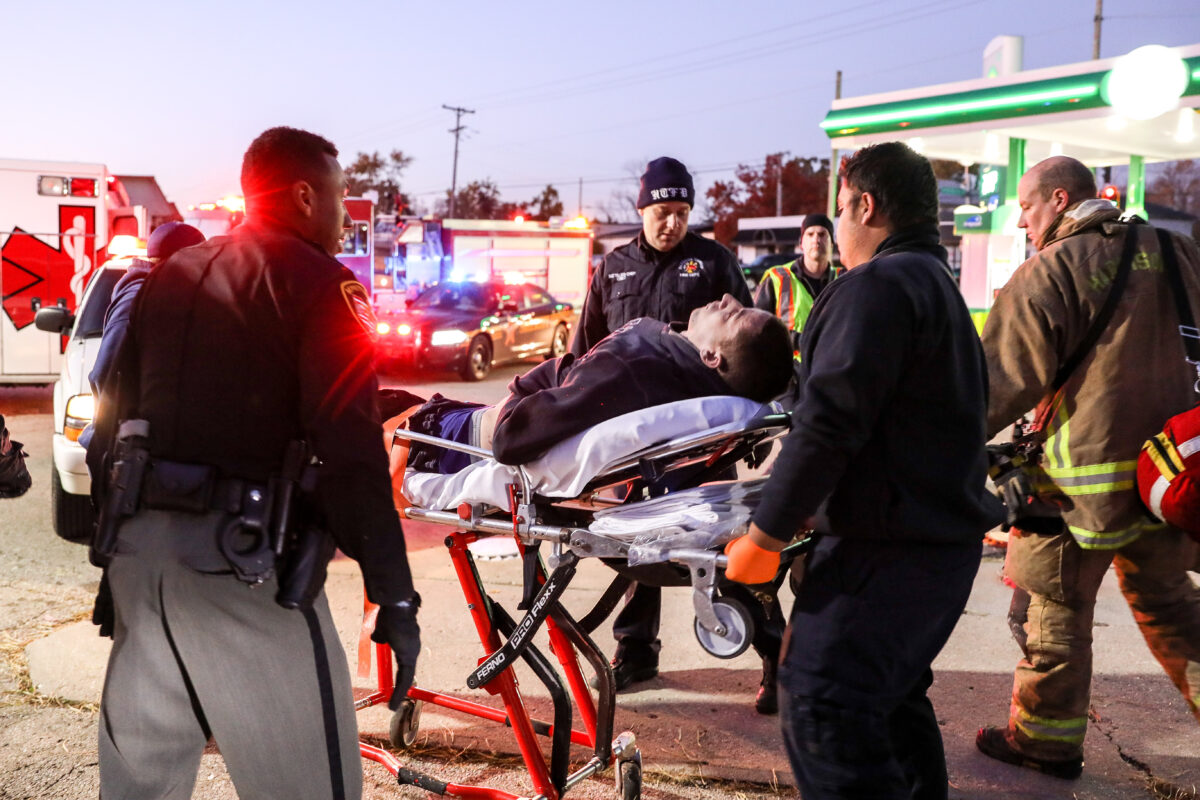 The other night, I attended a fundraiser for Andy Ogles, who’s running for Congress in Tennessee’s newly redistricted 5th. That was the district, some readers will recall, for which The Epoch Times, in conjunction with the Nashville Republican women, staged a unique primary debate with domain (subject matter) experts, rather than journalists, asking the questions.

Ogles won that debate, at least in the straw poll, and the primary election that followed by a solid margin.

The fundraiser was held at the home of Lulu and John Elam—Lulu Elam herself having recently been elected to the Tennessee Republican Party’s State Executive Committee.

The atmosphere at the event could be described as worried for the country but optimistic for Ogles’s election that would make him a member of the House Freedom Caucus where he was anointed by none other than Rep. Jim Jordan (R-Ohio).

But during his speech and the question period afterward, it became clear that the greatest concern of this Republican activist crowd—even more than the rapidly escalating global economic calamity, China and Russia on the march, the recent local child abuse-by-transgenderism scandal at Vanderbilt University Hospital, and the devastating crime wave in our big cities (including Nashville)—was the open southern border with its unprecedentedly massive illegal immigration leading to even more massive deadly consequences.

The source of the deadliest of all those deadly consequences is, of course, that drug now on everyone’s lips and, unfortunately, in the mouths of far too many—fentanyl.

Tracked from China into Mexico and the Mexican cartels, which have virtually taken over that country and become more powerful than the mafia in its wildest dreams, fentanyl is now being called by many a “weapon of mass destruction.”

And it surely is.

Sen. Tom Cotton (R-Ark.), who has been sounding the alarm on fentanyl for some time, reminds us of just how bad it is in an op-ed for The Washington Times:

“Fentanyl is an especially dangerous drug. Just two milligrams—the equivalent of a few grains of sand—can kill an adult male. The Mexican cartels have built super labs to mass produce this extremely deadly drug. Last year alone, authorities seized around 2.5 billion deadly doses of fentanyl at our border. Fentanyl overdoses are now the leading cause of death for Americans between the ages of 18 and 45.

“Each drug death and severe case of addiction is like a bomb going off in a community. Families are shattered, children are orphaned, promising young Americans are psychologically destroyed, and neighborhoods physically deteriorate. It’s little surprise that some parts of this country look and feel like warzones.”

The Biden administration allowed this horrendous crime—we can easily call it mass murder since more of us are dying annually from fentanyl than did U.S. troops in the Vietnam War—via the open border. It’s time for all of us to channel Émile Zola and say “J’Accuse …!” No more of this crime against our nation’s citizens.

We can do so at the ballot box in November, obviously, but also this may well be the best issue with which to wake up those who hide behind the terms “liberal” and ”progressive” and think of themselves as “good people.”

How can you be “good” and countenance this?

It’s incumbent on all of us to publicize this expanding catastrophe as widely as we can, not just through articles and postings on social media, but even more potently one-on-one, where people are often more prone to listen.

This isn’t just an epidemic in red America. It’s everywhere and growing.

Is it a conspiracy of communist China? You decide. But whatever it is, those pills, dressed up and repackaged as they are by the cartels in pretty, inviting colors, are killing our children as nothing has in the past.

COVID-19 is a piffle by comparison. Fentanyl is destroying our younger population and, therefore, our future. As Cotton noted, it’s the leading cause of death between those 18 and 45.

I think we can comfortably call the 2022 election “the Fentanyl election.”

Views expressed in this article are the opinions of the author and do not necessarily reflect the views of The Epoch Times.