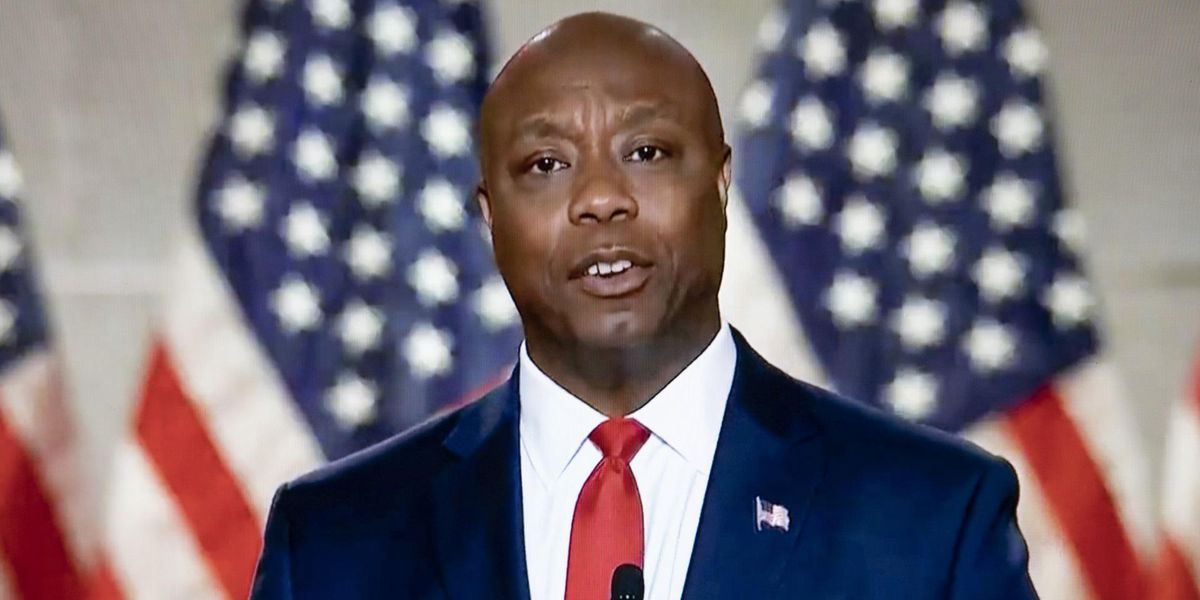 What are the details?

Sen. Scott delivered the GOP retort to President Joe Biden's first speech before a joint session of Congress last week, wherein he declared that America is "not a racist country." Afterward, the Republican received waves of racist abuse online from leftists.

Texas' Lamar County Democratic Party chair Gary O'Connor joined in on the attacks, writing in a now-deleted Facebook post, "I had hoped that Scott might show some common sense, but it seems clear he is little more than an oreo with no real principles."

As TheBlaze previously noted, "by calling Scott an 'oreo,' O'Connor was suggesting that Scott — the lone black [Republican] U.S. senator — is black on the outside, but white on the inside."

O'Connor was hit with a flurry of calls for him to resign over the post, and he has now stepped down.

"I am deeply and sincerely sorry for my inappropriate and hurtful use of [the] racist term I used to describe Sen. Tim Scott on my personal Facebook page," O'Connor told The Washington Examiner on Tuesday. "It was insensitive, and I have embarrassed myself and my party by its use."

He added, "As a result, I feel compelled to offer my resignation as chair of the Lamar County Democratic Party for consideration by the County Executive Committee."

Following Scott's response to Biden's speech, the term "Uncle Tim" trended on Twitter for several hours, after countless progressives used the play on the racist term "Uncle Tom" to refer to the Republican senator.

Fox News noted that "Congressional Democrats — whose platform vehemently opposes racism — have remained silent on the slur targeting Scott that trended amongst their voting base."

Over the weekend, Scott denounced the racist attacks made against him, telling CBS' "Face the Nation," "Fighting bigotry with bigotry is hypocrisy."

"The question we should be debating and fighting over is: How do we resolve those issues going forward?" he said. "One side says, 'I'm going to take from some to give to others.' Our side, what I've suggested, is: Let's expand opportunity and make sure that we are fully equipped for the challenges of the future."