DRAMATIC video captures the moment a Russian surface-to-air missile system fires on itself in a bizarre malfunction.

In the footage, the missile can be seen shooting into the sky - before turning mid-air and slamming back into where it came from in an enormous explosion. 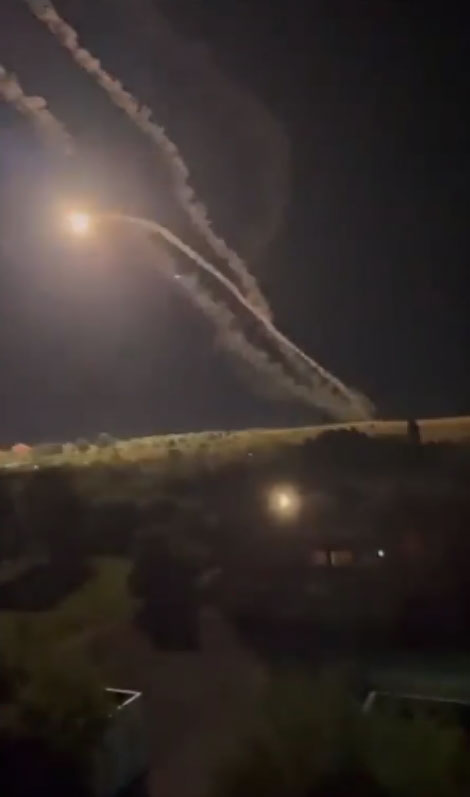 The missile is launched before quickly turning mid-airCredit: Twitter 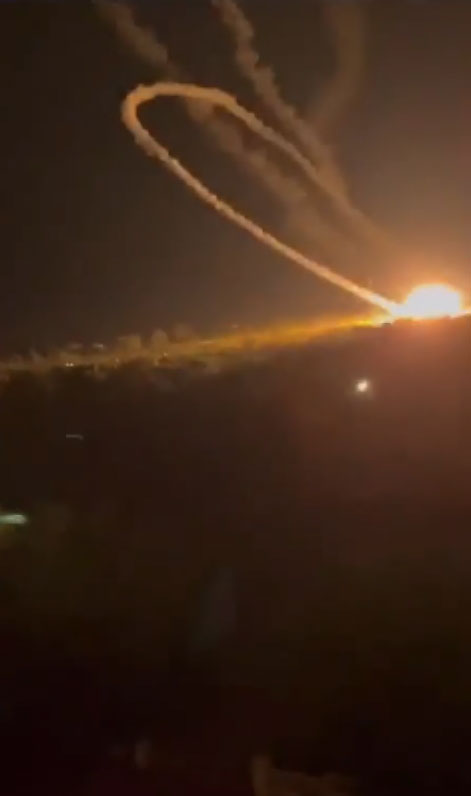 It slams back into the launching site in a fiery infernoCredit: Twitter 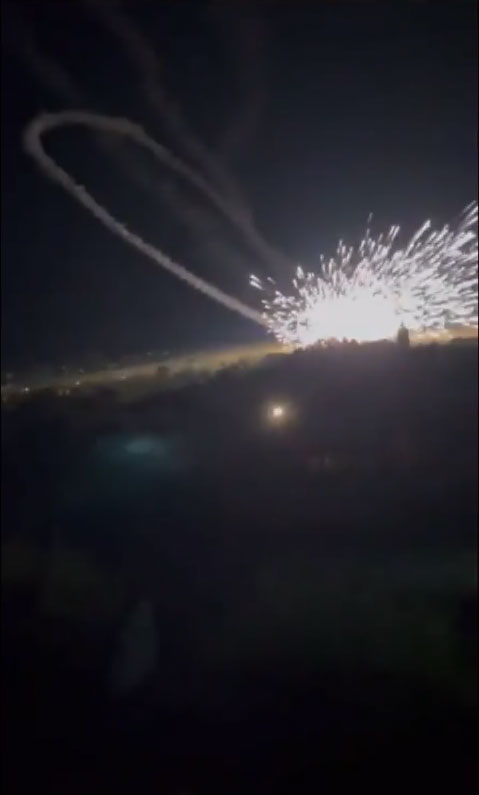 The short clip was reportedly shot in the Ukrainian city of Alchevsk in the Luhansk region, which is under the occupation of pro-Russian separatist forces and is on the front line of the war in Ukraine.

It was filmed in the early hours of Friday morning when Russian troops reportedly launched a missile to intercept an oncoming Ukrainian plane.

However, seconds later, the missile was returned to sender after the tracking system went haywire.

The video shows a huge explosion as well as bright flashes shooting down from the crash site.

Local reports claim a fire erupted at the site not far from residential buildings.

Some have claimed that Russia's own anti-air defence systems may have interfered.

The clip was originally shared on the messaging app Telegram by the channel Face of War, which has posted similar footage since the start of the conflict.

It was also shared by Rob Lee, Senior Fellow at the Foreign Policy Research Institute, who tweeted: "This is reportedly footage of a failed Russian air defense system missile launch from Alchevsk, Luhansk Oblast."

The exact type of SAM system seen in the footage hasn't been confirmed, however, a Russian S-400 missile system costs around $300 million (£245m) each.

There is no news yet on any casualties suffered in the blast.

It is the latest example of Vlad's army's equipment horrifically malfunctioning.

The Ilyushin-76 military cargo transporter burst into flames after refueling before plummeting to earth in the city of Ryazan 125 miles southeast of Moscow.

Three people were killed in the crash while a further passenger died at hospital.

The remaining four passengers are being treated at hospital, where their conditions are said to be "grave".

Russian soldiers were filmed complaining about their shoddy equipment back in April, as Vlad's forces face heavy losses.

In a viral video, a soldier crushed a Russian helmet with just his foot to show how poor quality they are.

While Putin's fighters have also shared pictures this week of their inferior first-aid kits alongside the well-stocked Ukrainian ones to show the contrast.

And some of Vlad's soldiers say they are being forced to use their fallen comrades' protective equipment due to shortages.

In a short video, a Russian recruit complains his new helmet contains the burned flesh of its previous owner stuck to the inside.

While back in April, it was revealed Putin's troops were fixing planes and drones with tinpot equipment, including off-the-shelf cameras, gamepads, and sat navs.

Since the start of the war, Russia is reported to have lost around 34,000 troops.

So far, the latest war is said to be one of the deadliest in the past 200 years based on the rate of soldier deaths, reports The Washington Post.