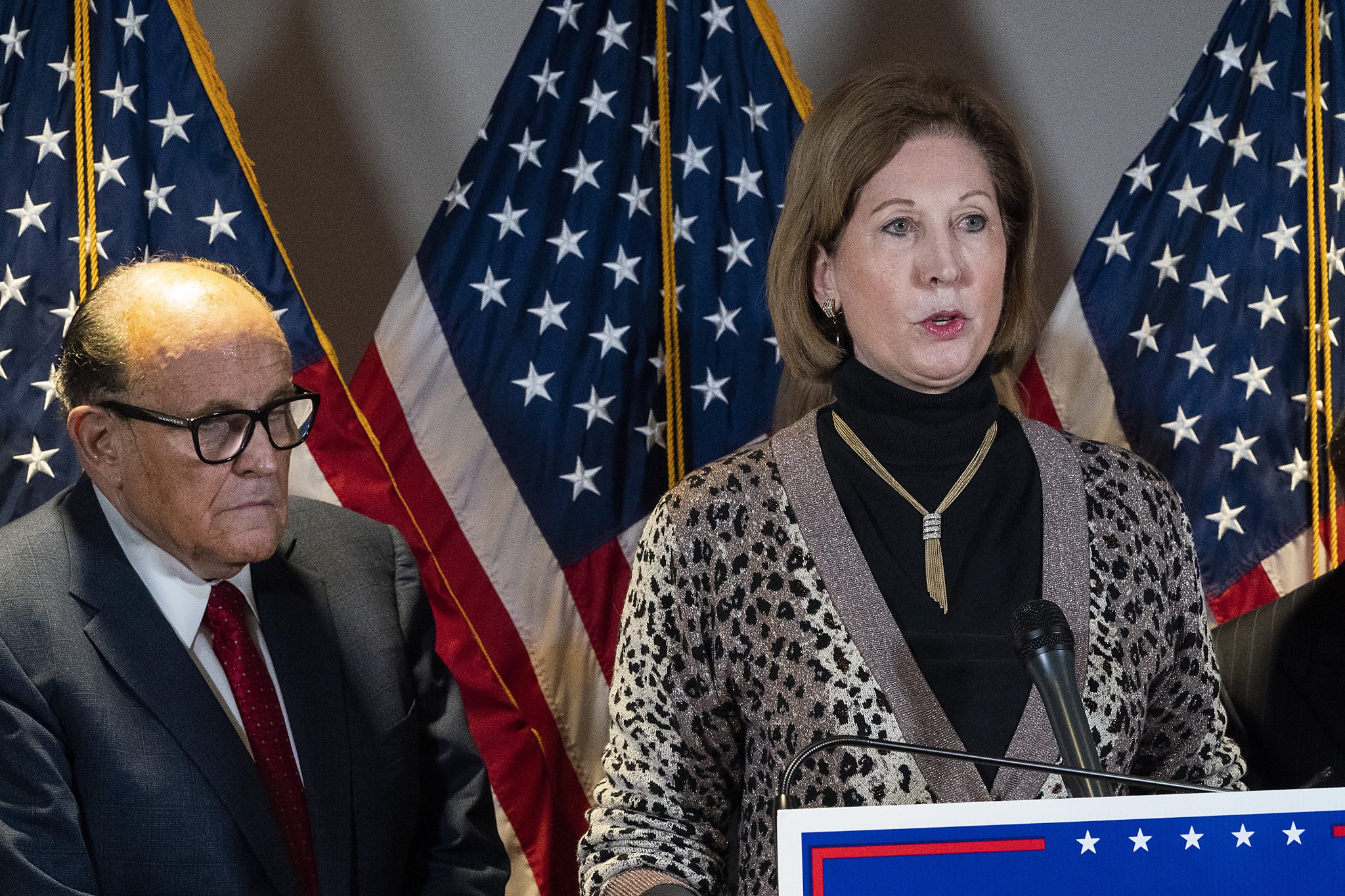 Giuliani, Ellis and Powell all appeared together at a news conference Thursday, when they made a range of baseless accusations about the integrity of the election. Powell in particular has been vocal in lobbing some of the most convoluted claims, alleging a conspiracy that involved "communist money," the late Venezuelan president Hugo Chávez and an algorithm favoring Democrats.

"Sidney Powell is practicing law on her own," Giuliani and Ellis said in their statement Sunday. "She is not a member of the Trump Legal Team. She is also not a lawyer for the President in his personal capacity."

At the beginning of Thursday's news conference, Giuliani said he, Ellis, Powell and other attorneys present were "representing President Trump and we're representing the Trump campaign." Ellis introduced the group as "an elite strike force team that is working on behalf of the president and the campaign to make sure that our Constitution is protected."

Two advisers to Trump, who spoke on the condition of anonymity to discuss private conversations, said the president disliked the coverage Powell was receiving from Fox News pundit Tucker Carlson and others, and that several allies had reached out to say she had gone too far. The advisers also said she argued with Giuliani and others in recent days.

Powell did not immediately respond to a request for comment.