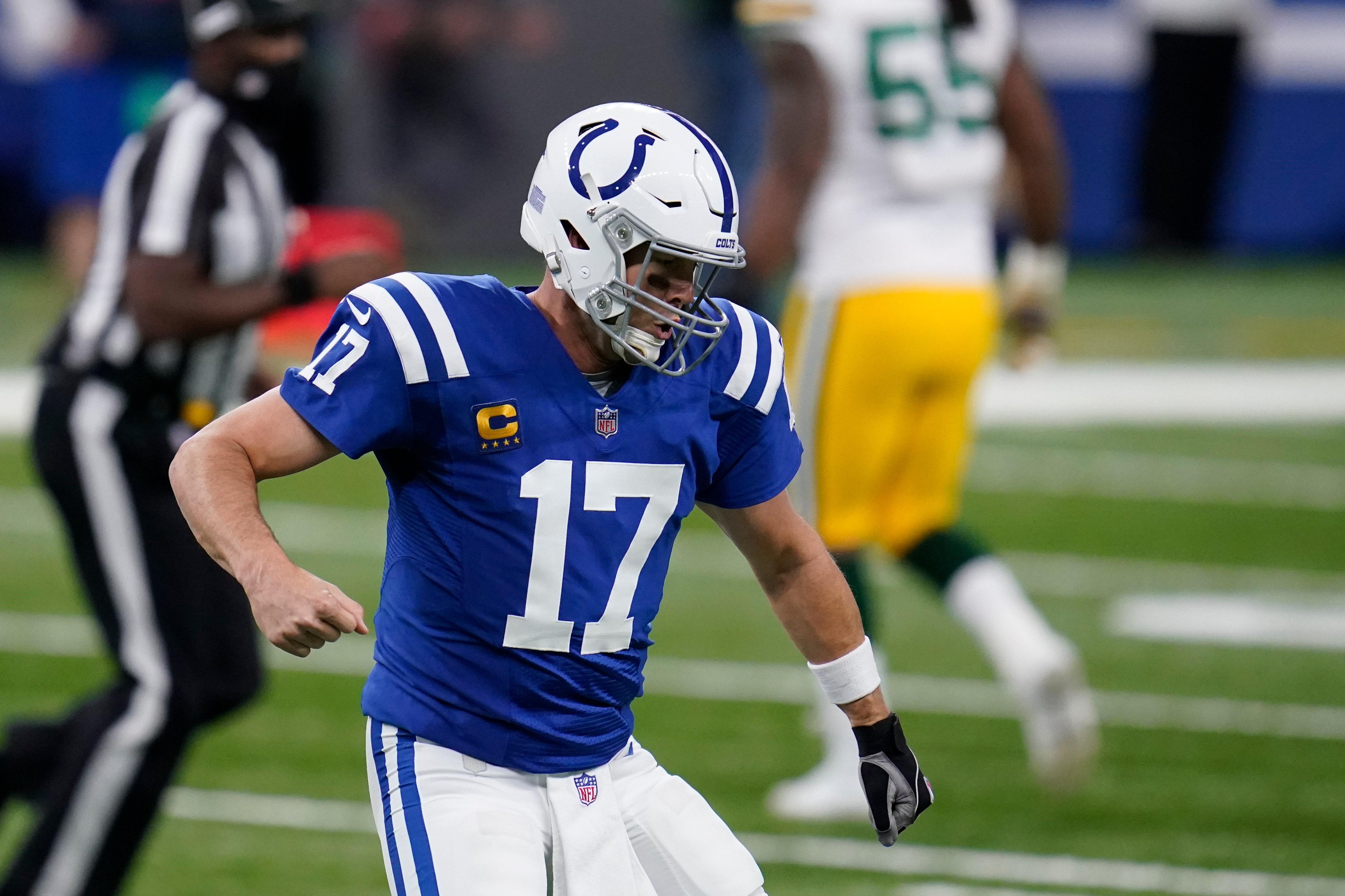 The Indianapolis defense may have turned Aaron Rodgers into a believer Sunday.

After allowing three touchdown passes and 28 first-half points, the Colts gave up only three second-half points. They also forced a game-changing fumble less than a minute into overtime for a 34-31 victory over Green Bay.

Rodrigo Blankenship won it with a 39-yard field goal with 7:10 remaining.

Indy (7-3) did it with an old-school combination: The offense that played keep-away, a defense that came up with two three-and-outs and a fourth-down stop late in the fourth quarter, and the key turnover in overtime.

Philip Rivers was 24 of 35 with 288 yards, three touchdowns, and one interception in his 234th consecutive start, tying Eli Manning for the 10th-longest streak in league history. Jonathan Taylor had 22 carries for 90 yards in a wild game that included Green Bay scores in the final 10 seconds of each half; Indianapolis erasing a 14-point halftime deficit, then failing to seal the win because of five holding calls on its final drive in regulation.

Rodgers took full advantage of the second chance, hooking up with Marquez Valdes-Scantling on a 47-yard pass play. That took the Packers from the 6-yard line to the Colts 47. Seven plays later, Mason Crosby tied the game at 31 with a 26-yard field goal with 3 seconds remaining.

Rodgers was 27 of 38 for 311 yards, three TD passes, and one interception. Davante Adams had seven catches for 106 yards and one score, and Aaron Jones rushed for another score.

Trailing 28-14, Indy opened the second half by going heavily with the run, taking more than seven minutes off the clock before settling for a 37-yard field goal.

The Colts closed to 28-25 when Jack Doyle caught a 6-yard TD pass from Rivers and Nyheim Hines scored on a 2-point conversion run. They finally tied it when Blankenship made a 32-yard field goal.

Green Bay, which had only run six plays in the second half, then gave it right back to Indy on Darrius Shepherd’s fumbled kickoff return. Four plays later, Blankenship’s 43-yard field goal gave Indy a 31-28 lead.

The Packers ran only 18 plays over the final 33 minutes.

Packers: Green Bay had two key players back, receiver Allen Lazard and cornerback Kevin King, but lost center Corey Linsley (back) in the first quarter. He did not return.

Colts: Right tackle Braden Smith (thumb) and Denico Autry (COVID-19 list) both missed the game. Rivers appeared to injure his right ankle in the fourth quarter but managed to finish the game.

Packers: They hope to rebound next Sunday night when they host the longtime rival Bears.

Colts: They attempt to take sole possession of the AFC South lead when Tennessee visits Lucas Oil Stadium next Sunday.