Heather Rae Young is not tolerating any negativity when it comes to her new tattoo.

In early February, the "Selling Sunset" star was excited to show off her new ink online but quickly deleted the photo after promptly receiving backlash. Now, Young is opening up about her decision to delete the picture.

"It was completely taken out of context, and the whole meaning of it was blown way out of proportion," Young, 33, told Us Weekly on Tuesday. "And so, obviously you saw, I took it down. We woke up the next morning, and it was, like, so much negativity surrounded by something that was meant for my fiancé and meant with so much love."

The tattoo features the words "Yes sir, Mr. El Moussa" in black cursive ink on her backside. The tattoo was meant as a special Valentine’s Day gift to her fiance, "Flip or Flop" star Tarek El Moussa, 39. 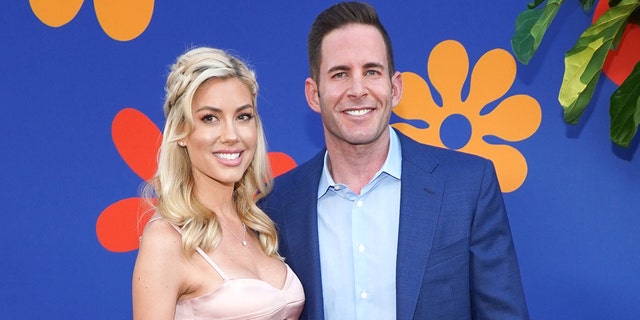 Heather Rae Young got a tattoo that reads, 'Yes sir, Mr. El Moussa,' on her hip. The tattoo received a wealth of criticism online before Young deleted the picture. (Rachel Luna/Getty Images)

In deleting the photograph, Young noted that it only "stirred up more controversy" and fostered "negativity" on her page.

Young then spoke about the story behind the very specific phrase she got inked on her hip.

Heather Rae Young deleted the tattoo reveal image due to 'negativity' running rampant on her page. (Vivien Killilea/Getty Images for Abyss By Abby)

"I know that they say names are the kiss of death for tattoos, but it’s [going to be] my last name too, right?" she continued.

Earlier this month, fiancé El Moussa responded to a mortified Instagram user who asked, "Do you love the tattoo?" — to which he responded, "Yes, so much."