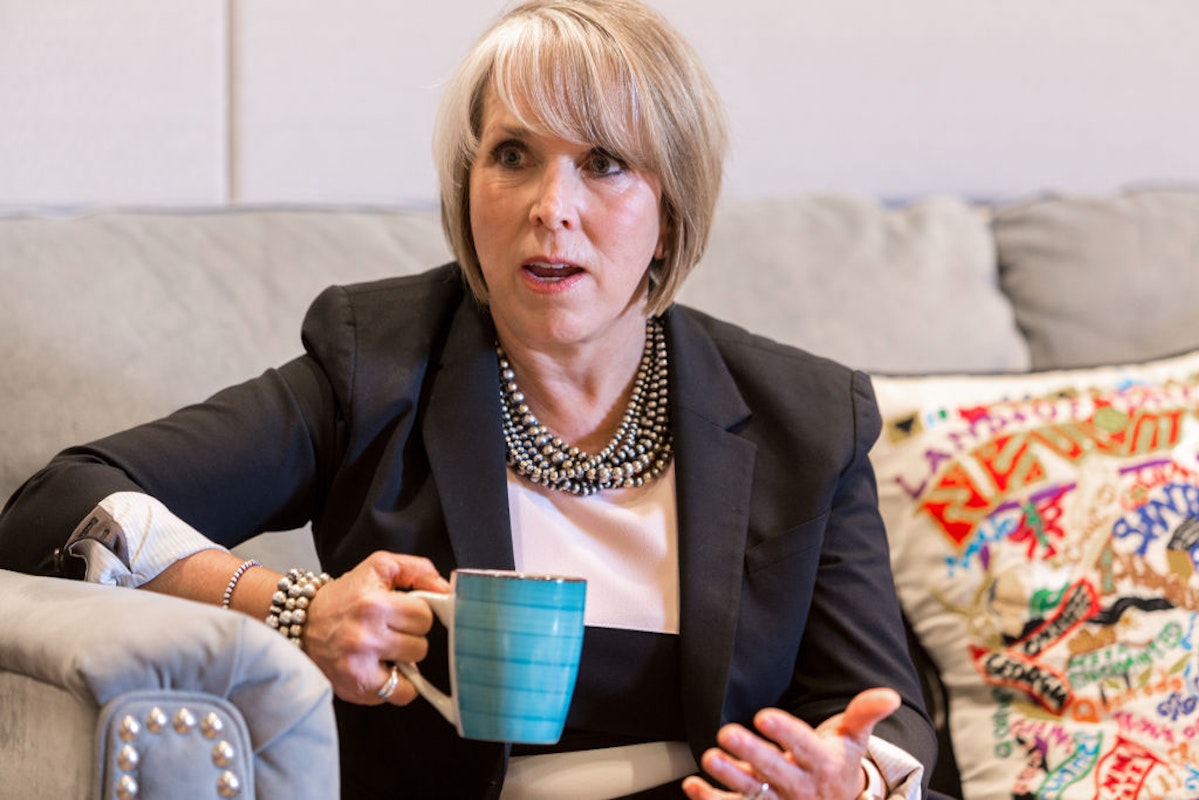 Democratic New Mexico Gov. Michelle Lujan Grisham conceded Friday that enforcing limits on private Thanksgiving gatherings is impossible both in her state and everywhere else.

During an interview with “PBS News Hour,” Grisham was asked first to comment on whether is was possible to enforce a shutdown in her state, which has seen an exponential rise of COVID-19 as cases top 74,000.

“So, it depends on personal compliance — really incredibly hard to attain in any state,” Grisham answered. “This one’s no different. We’ve had a mandatory mask mandate since May.”

“Getting our businesses to support us more productively, I think, has been a bit of a challenge,” Grisham continued. “But I have to say, today, they get it. And we’ve been incredibly firm about, if you’ve got four different rapid responses, positive case, we come in, we close for 24 hours, get everybody tested. If you get four of those in a two-week period, you’re closed for two weeks.”

“And so they’re now really coming to the table with solutions. So, I’m feeling better about enforcement and compliance. But we need a reset in our state and we’re gonna get it,” she added.

Pivoting to a recent health order that prohibits “a group of more than 5 individuals who do not regularly reside with one another” from gathering, Grisham admitted that enforcing such an order is virtually impossible.

“You can’t enforce that,” she said. “There is no way anywhere in the country we’re going to be able to say, ‘Look, you brought another household together. There [were] 10 of you having Thanksgiving dinner.’”

But we are hopeful that people will really take heed. We lost our first child in New Mexico. We have more in the hospital. This deadly virus doesn’t care how old you are. It doesn’t care who you are, where you live, your political affiliation.

And we are very nervous about what Thanksgiving could produce, right, a month later. And we’ve been doing as much productive messaging — and while we appreciate that Dr. Fauci is doing that, this is really what the federal government did by telling people, “You don’t have to listen to your governors, you don’t have to care about public health issues or the public health order, and this virus is a hoax.”

And it just gives people an opportunity to say, “We don’t have to worry about it.” And that is the most dangerous set of circumstances moving forward until we get a vaccine.

So, we’re nervous. But we’re doing all the right messaging. And we — that’s part of the reset, right? If you limit where people go after they’ve been exposed, then I can limit the spread of the virus. So we’re taking all of that into consideration.

Grisham’s order comes as other leaders nationwide are cracking down on Thanksgiving gatherings. Earlier this week, the Centers for Disease Control and Prevention (CDC) advised Americans against traveling for Thanksgiving.

As The Daily Wire reported:

The Centers for Disease Control and Prevention (CDC) on Thursday urged Americans not to travel over Thanksgiving, instead recommending that they gather virtually to celebrate the traditional family holiday.

“The tragedy that could happen is that one of your family members, from coming together in this family gathering, actually could end up being hospitalized and severely ill and die,” the agency’s COVID-19 incident manager, Dr. Henry Walke, said during a press conference Thursday. “CDC is recommending against travel during the Thanksgiving period.”

But for Americans who decide to have Thanksgiving dinner with people outside of their households, all should wear masks at gatherings, according to the new updated guidelines.