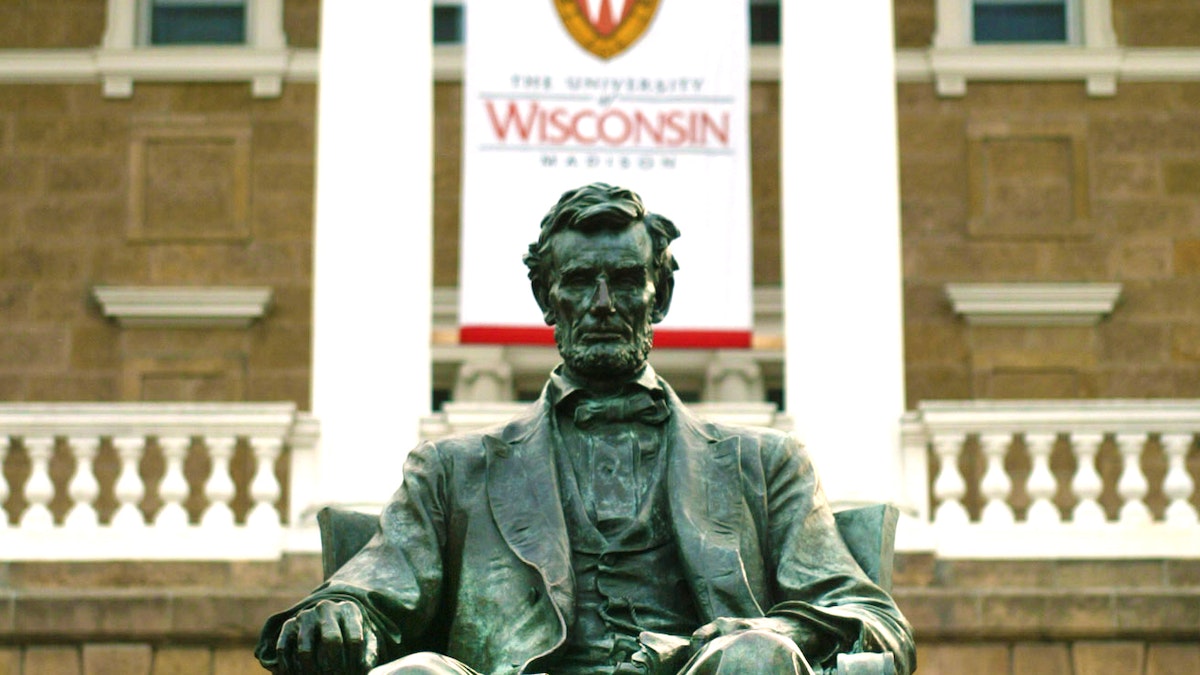 Student activists at the University of Wisconsin-Madison are calling for a statue of former President Abraham Lincoln, who ended slavery, to be removed because, they say, Lincoln is a “symbol of white supremacy.”

“Two student organizations, the Black Student Union and the Student Inclusion Coalition, pushed for the statue’s removal in early June, days after George Floyd died in Minneapolis police custody and protests erupted nationally over racial injustice,” The Wisconsin State Journal reported. “The students’ efforts gained newfound attention after protesters tore down two other statues at the state Capitol earlier this week — one of Civil War abolitionist Hans Christian Heg and another of a female figure that represents the state’s ‘Forward’ motto.”

Hans Christian Heg was “an abolitionist who died trying to end slavery during the Civil War,” The Milwaukee Journal Sentinel reported. The female figure that represented the state’s “Forward” motto was an “allegory of devotion and progress,” according to the Wisconsin Historical Society.

The statue of Lincoln has been on the campus for well over 100 years and sits at the top of Bascom Hill.

Black Student Union president Nalah McWhorter told the local newspaper, “For him to be at the top of Bascom as a powerful placement on our campus, it’s a single-handed symbol of white supremacy.”

As The Daily Wire has chronicled, radical activists have destroyed statues of former Presidents George Washington, Thomas Jefferson, Ulysses S. Grant, and attempted to topple the statue of former President Andrew Jackson before being thwarted by law enforcement. Additionally, statues of Francis Scott Key, who wrote “The Star-Spangled Banner,” Father Junipero Serra, and a Holocaust memorial have been targeted by activists.

President Donald Trump and Attorney General William Barr both announced last week that they were taking new action to combat the violent rioters destroying statues and monuments across the country.

The Democratic Party upped the ante on Monday night when they criticized Mount Rushmore in South Dakota and suggested that an Independence Day rally that was going to be held there was “glorifying white supremacy.”

The tweet sparked immediate backlash and was quickly deleted.

“So, when is our woke historical revisionist priesthood going to insist on blowing up Mount Rushmore?” Shapiro wrote.

Noem, a Republican, quickly chimed in, “Not on my watch.”