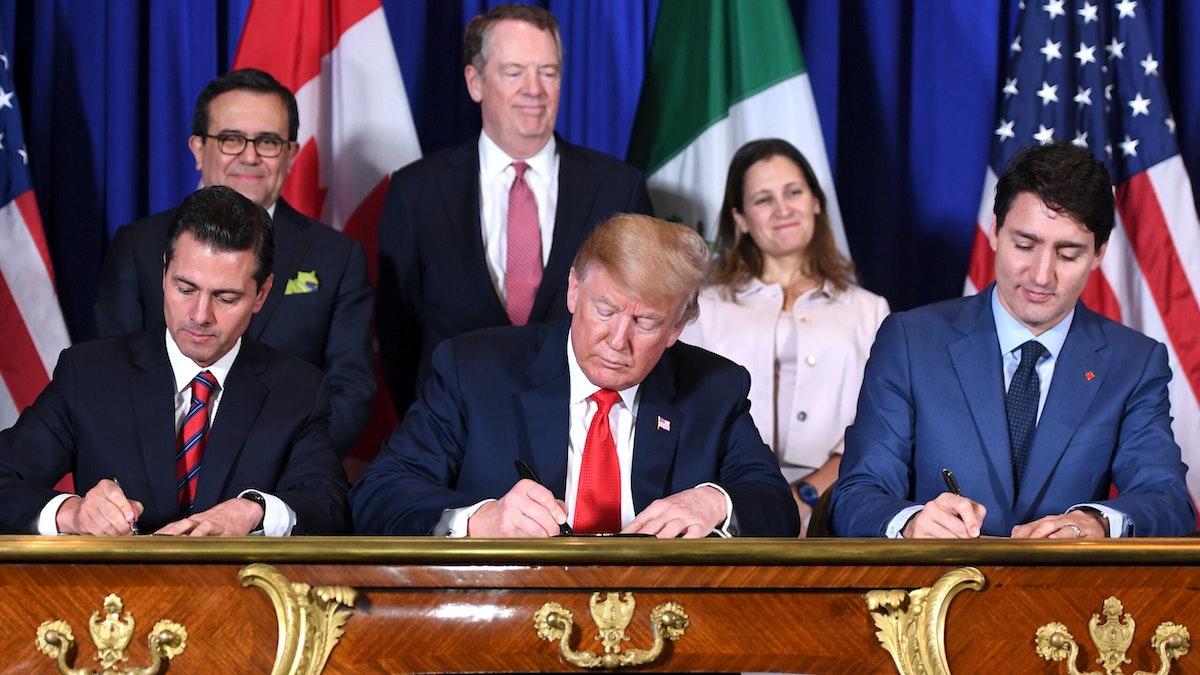 The Republican National Committee (RNC) launched a new digital ad blitz on Wednesday to highlight one of the signature victories of President Donald Trump’s first term in office, the United States-Mexico-Canada Agreement (USMCA) trade agreement, which goes into effect today.

The USMCA was signed into law earlier this year as a replacement for the North American Free Trade Agreement (NAFTA).

“As part of its ongoing digital blitz between now and Election Day, the RNC and Trump campaign committees are launching a digital ad buy and using other digital tools, such as texting, to promote the implementation of the USMCA,” a source at the RNC told The Daily Wire. “These ads will reach voters in 17 target states and generate hundreds of millions of impressions to spread the word about the benefits of the USMCA, the boost it will give to the economy, and President Trump’s ‘Promises Made, Promises Kept’ agenda. This latest blitz is part of a seven figure economy-focused nationwide buy.”

The RNC source said that the party is going to be hitting those key states in the run up to the election by contrasting Trump’s record on fighting for trade deals that advocate for the American worker with the “failed trade policies that Joe Biden supported.”

“As more of his ‘Promises Made, Promises Kept’ agenda, President Trump has righted the wrongs of decades of failed trade deals, helping to ignite the Great American Comeback and creating hundreds of thousands of jobs for American farmers, workers and manufacturers,” RNC Chairwoman Ronna McDaniel said in a statement. “The contrast between the America-First trade policies championed by President Trump and those supported by Joe Biden in his 40-plus years as a career politician in Washington could not be greater. The USMCA is a win for American workers, and a win for this country.”

The Democrat-controlled House of Representatives gave Trump a major win last December when they passed the USMCA after passing articles of impeachment against the president. The move came after Democrats had dragged their feet in getting the USMCA passed.

The new trade deal, which was a signature promise that Trump made when he was running for office in 2016, delivered “stronger protections for workers and the digital economy, expanded markets for American farmers and new rules to encourage auto manufacturing in North America,” The New York Times reported. “The deal will restore certainty about the direction of the North American economy for the multitude of companies that depend on the rules to carry out their businesses.”

“Today we are finally ending the NAFTA nightmare and signing into law the brand-new U.S.-Mexico-Canada Agreement,” Trump said during the signing ceremony in January. “For the first time in American history, we have replaced a disastrous trade deal that rewarded outsourcing with a truly fair and reciprocal trade deal that will keep jobs, wealth and growth right here in America.”