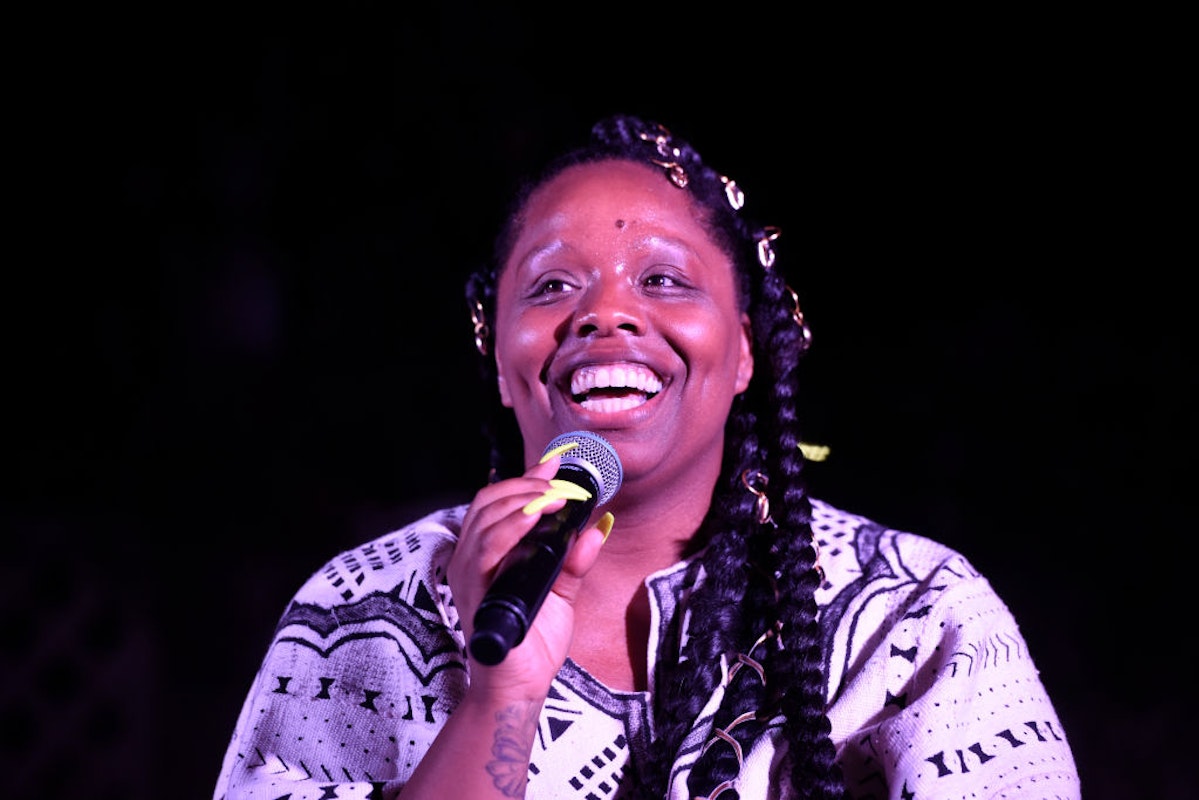 The self-proclaimed “trained Marxist” co-founder of Black Lives Matter (BLM) signed a deal with Warner Bros. Television Group last week, which intends to elevate black voices on television and promulgate the agenda of her organization.

Patrisse Cullors, who co-founded BLM in 2013 with community organizers Alicia Garza and Opal Tomet, inked the multiyear agreement in what is her first deal with a Hollywood studio, according to the Los Angeles Times.

“Building on her political activism, the Los Angeles native plans to work with the studio to develop scripted dramas and comedies, docuseries and animated programming for children, young adults and families,” the Los Angeles Times reported.

“Black voices, especially Black voices who have been historically marginalized, are important and integral to today’s storytelling,” Cullors said in a Thursday statement. “Our perspective and amplification is necessary and vital to helping shape a new narrative for our families and communities.”

“As a longtime community organizer and social justice activist, I believe that my work behind the camera will be an extension of the work I’ve been doing for the last twenty years,” Cullors added. “I look forward to amplifying the talent and voices of other Black creatives through my work.”

Sports journalist Jason Whitlock blasted the TV deal, tweeting, “When are we going to wake up? This tells you everything you need to know.”

When are we going to wake up? This tells you everything you need to know. https://t.co/Endb48QDUI

Whitlock was responding to a tweet that said, “Somebody needs to hear this: Black liberation isn’t brought to you by AT&T, sponsored by Wells Fargo, or managed by Roc Nation. And it certainly doesn’t come with a Warner Bros. Television deal, or a shoe from Nike. Y’all be safe out there.”

Cullors has acknowledged that the goals of her organization are explicitly political and rooted in Marxism.

As The Daily Wire reported:

Black Lives Matter (BLM) founder Patrisse Cullors confirmed that one of the radical group’s “goals” is to remove President Donald Trump from the White House, stressing that voting him out in November is not good enough and that he should “resign” right now.

Moreover, in recently resurfaced video from 2015, Cullors made clear the organization’s ideological foundation, expressly stating that she and others in the movement are “trained Marxists.”

“Well, I’m hands down – Trump not only needs to not be in office in November but he should resign now,” Cullors told CNN “The Lead” host Jake Tapper, on Friday (see below). “Trump needs to be out of office. He is not fit for office. And so what we are going to push for is a move to get Trump out.”

“While we’re also going to continue to push and pressure vice president Joe Biden around his policies and relationship to policing and criminalization, that’s going to be important,” the BLM founder said. “But our goal is to get Trump out.”

In the resurfaced 2015 interview, Cullors was asked about a supposed “lack of ideological direction in Black Lives Matter.”

“We actually do have an ideological frame,” responded Cullors, “myself and Alicia, in particular, are trained organizers.”

“We are trained Marxists,” she added. “We are super versed on, sort of, ideological theories.”