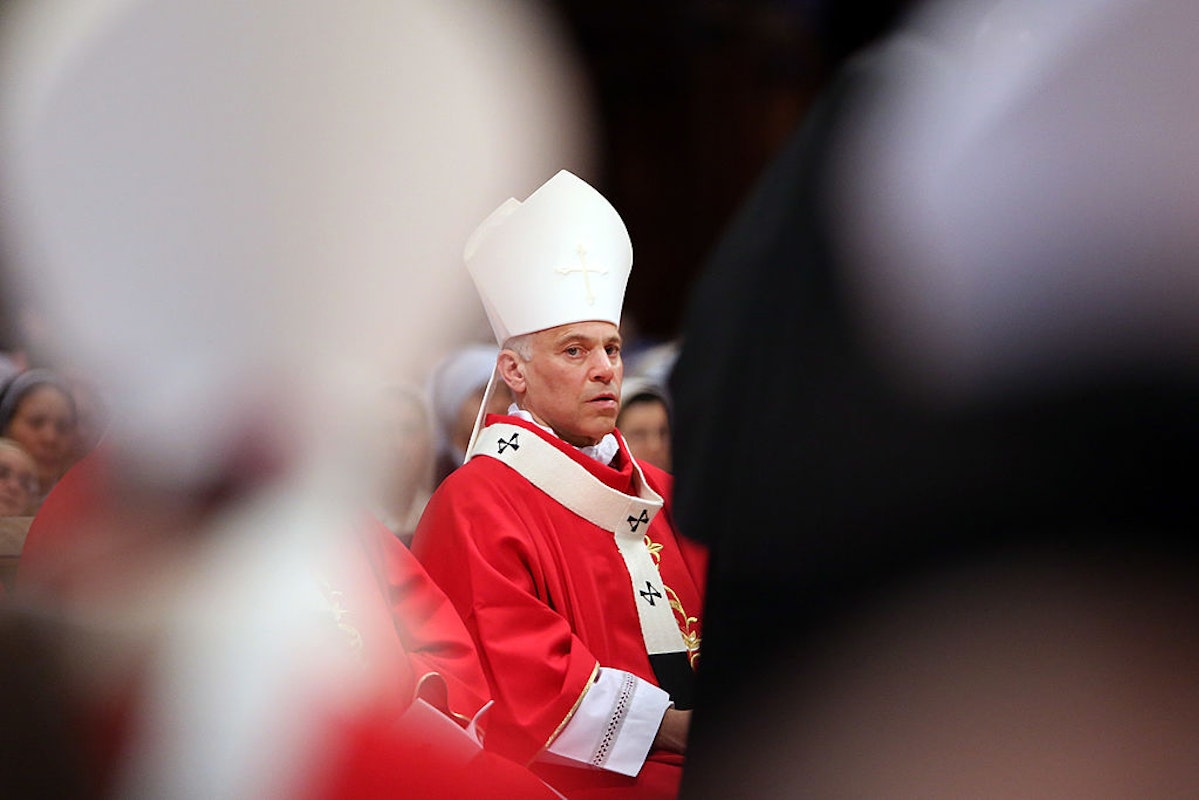 The Archbishop of San Francisco performed an exorcism Saturday at the site where rioters ripped down a statue of Father Junipero Serra last week.

Archbishop Salvatore Cordileone conducted the ceremony in front of approximately 150 people outside the St. Raphael Catholic Church in San Rafael, which is north of San Francisco. The ritual consisted of Latin prayers and the sprinkling of holy water on the site of the ruined statue, as well as on the surrounding bushes, according to the San Francisco Chronicle. The group later conducted a scheduled march to a nearby Planned Parenthood clinic.

“This sacred site has been desecrated, so we know there is evil here,” Cordileone told onlookers, adding, “The experts in the field tell me that Latin tends to be more effective against the devil because he doesn’t like the language of the church.”

The 10-minute Latin prayer Cordileone recited said in part, “Be gone, Satan, inventor and master of all fallacy, enemy of the salvation of men. Place yourself before Jesus Christ.”

Serra, who was canonized by Pope Francis in 2015, has repeatedly been a target of protesters who see him as a symbol of colonialism for having brought Roman Catholicism to California in the 18th century.

As The Daily Wire reported regarding different Serra statues that were vandalized in June:

California bishops are condemning rioters that defaced and toppled statues of Junipero Serra over the last few days.

Rioters toppled a statue of the Catholic saint in San Francisco’s Golden Gate Park on Friday, knocked down another statue near Los Angeles’ Union Station on Saturday, and defaced several others around the state over the weekend. The California Catholic Conference of Bishops condemned the destructive acts on Monday.

“During the past week the specific question of removing statues of political, military and cultural leaders of the past has gained momentum,” the bishops said. “If this process is to be truly effective as a remedy for racism, it must discern carefully the entire contribution that the historical figure in question made to American life, especially in advancing the rights of marginalized peoples.”

“In calling for the removal of images of Saint Junipero Serra from public display in California, and in tearing down his statue in San Francisco and in Los Angeles, protesters have failed that test,” they continued.

Statues of Serra have been targeted for the 18th century priest’s ties to Spanish expansion in North America. Serra led the first group of missionaries into the area of California in 1769, and critics say he represents Spanish colonialism and contributed to Spanish abuses of Native Americans.