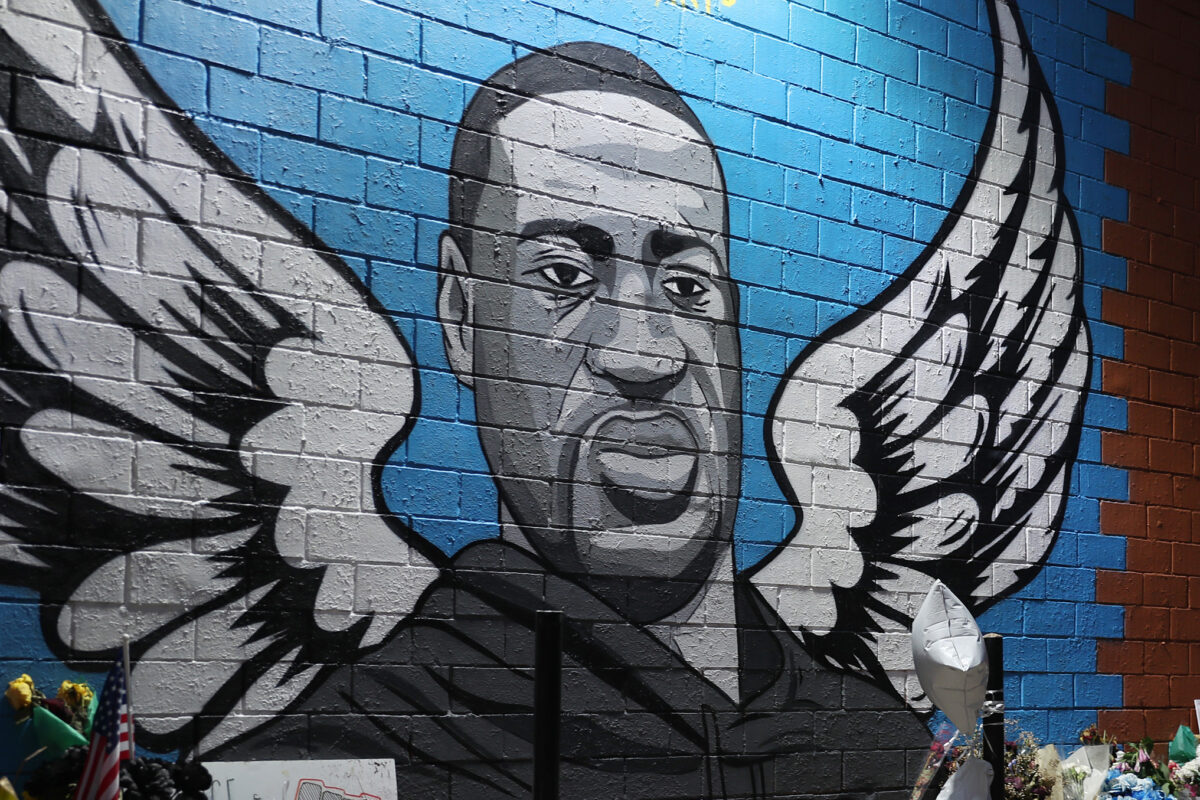 A Holocaust center in Florida has sparked controversy after opening up an exhibit to honor George Floyd, whose death in police custody earlier this year sparked months of violent riots and looting across the United States.

“A new exhibit at the Holocaust Memorial Resource & Education Center in Maitland features powerful and inspiring photos taken in the wake of George Floyd’s death,” Orlando 6 reported. The man behind the photographs in the exhibit, John Nolter, went to the location where Floyd was arrested by law enforcement officials to take pictures of people reacting to his death.

Lisa Bachman, Assistant Executive Director of The Holocaust Memorial Resource & Education Center of Florida, said in a statement: “You don’t just see this exhibit. You feel it. The expressions and thoughts of each person photographed tells a story that has a very universal message. It is one that can heal and bring us together. It shows us we are not alone in our thinking.”

Online, news that the museum had opened an exhibit to honor Floyd sparked outrage, with many commenting that it was disrespectful to victims of the Holocaust.

Ezra Levant, founder of Rebel News, wrote: “George Floyd is added to a Holocaust museum? That trivializes and distorts the Holocaust and its six million Jewish victims. And it grotesquely implies that American police are Nazis.”

George Floyd is added to a Holocaust museum? That trivializes and distorts the Holocaust and its six million Jewish victims. And it grotesquely implies that American police are Nazis. pic.twitter.com/zNsG0bqyEe

Radio host Dan O’Donnell wrote: “A Holocaust museum added a George Floyd exhibit because we live in a world of idiots where words no longer have meaning.”

Columnist Caroline Glick wrote: “The Florida Holocaust museum at a JCC in Orlando has taken a huge step towards transforming the annihilation of European Jewry into a farce. This is a travesty, an insult to the Jewish people throughout history. And I fear it is just a taste of the madness to come.”

Former British politician Martin Daubney wrote: “Unbelievable: the Holocaust Museum [sic] in Maitland, Florida has added a George Floyd section To align Floyd’s tragic death with the massacre of 6million Jews is hugely insensitive But it’s also political: it positions police as Nazis. Awful decision. There absolutely is a place for this photographic memorial to Floyd. The images have merit, its creator is well-intentioned & America is a free country. But not at this location. That’s all I’m saying. It’s politicising and positioning is all wrong.”

There absolutely is a place for this photographic memorial to Floyd. The images have merit, its creator is well-intentioned & America is a free country. But not at this location. That's all I'm saying. It's politicising and positioning is all wrong

Over the summer, the United States Holocaust Memorial Museum put out a statement on Floyd’s death, writing:

As George Floyd is memorialized today in Houston, we mourn with his loved ones and stand with African Americans and all communities who have been grievously harmed by the longstanding racism and injustice that led to his murder and so many others.

We join the millions of Americans from all walks of life who are outraged and coming together to commit to a better way forward for our nation. We must find new ways of working together to truly fulfill the promise of the words engraved on the walls of the Museum that “all men are created equal.