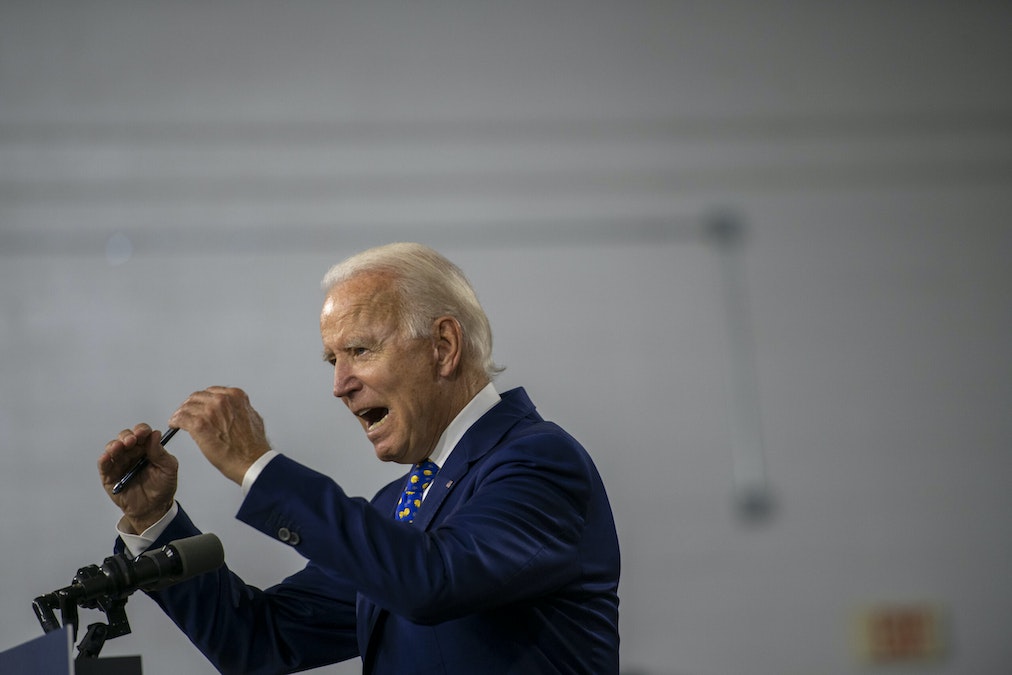 Joe Biden’s announcement of a running mate has been pushed off another week and will now take place the second week of August according to the Houston Chronicle, after trial balloons, pushing California Democrat Rep. Karen Bass and former Obama administration United Nations ambassador Susan Rice both fell flat.

‘Biden, the presumptive Democratic presidential nominee, initially said he’d select his running mate by Aug. 1,” the Chronicle reported Sunday. “Then on Tuesday, he told reporters that he intended to make up his mind by the end of the first week of August, which would be Aug. 8.”

‘But Friday, two people familiar with Biden’s vice-presidential search process said the announcement is not likely to come next week,” the outlet continued.

The Biden campaign has been testing the reception for various potential running mates over the last several weeks, and both Bass and Rice have been among the named frontrunners, as have Rep. Val Demmings (D-FL), Sen. Tammy Duckworth (D-IL), Georgia Democrat Stacey Abrams, and Sen. Kamala Harris (D-CA), one of Biden’s former competitors for the 2020 Democratic presidential nomination.

Demmings quickly met with resistance from the more progressive segments of the Democratic Party because of her history as a police officer and as a police chief who, at one time, defended cops accused of using excessive force. Although Abrams has lobbied extensively for the Veep slot, she doesn’t appear to have undergone any serious consideration on Biden’s part.

This week, the campaign appeared to float both Karen Bass and Susan Rice as potential running mates only to discover issues with both candidates.

Karen Bass, a longtime California Representative, has spoken favorably about the Castro regime in Cuba — a public sentiment she now claims to regret, per Fox News — and once told a global gathering of Scientologists that, “The Church of Scientology I know has made a difference, because your creed is a universal creed and one that speaks to all people everywhere” and “The words are exciting of your founder, L. Ron Hubbard, in The Creed of the Church of Scientology: that all people of whatever race, color or creed, are created with equal rights.”

Bass tried to correct the record earlier this weekend, tweeting that she worships at the “First New Christian Fellowship Baptist Church in South LA,” and not at the city’s famed Scientology center.

Rice, of course, is best known for her front-line defense of the Obama administration following a terror attack in Benghazi, Libya, that left four Americans dead, including the United States ambassador. Experts told Fox News last week that Rice’s public record could make her a “lightning rod” for criticism, even though former President Barack Obama and former White House senior advisor Valerie Jarrett are reportedly pressing for Rice’s place on the ballot as a way of paying back Obama for his fundraising and public support.

Although Harris remains in the running, Biden’s campaign is struggling with the California senator’s weaknesses, including accusations she made against Biden in the primary race, even going so far as to accuse Biden of racism.

She’s hardly a favorite among Democrats who have been reportedly “plying” Biden with Harris alternatives per MSN.

The uncertainty means it could be at least another week until Biden makes any official announcements.