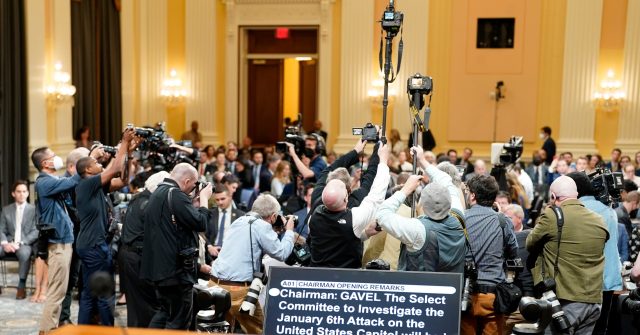 According to a massive survey that looked at the state of media all across the world, America has the least-trusted media on Planet Earth.

*takes a bow, takes another bow, humblebrags with the words, “I had help, I had help”*

This eleventh edition of our Digital News Report, based on data from six continents and 46 markets, aims to cast light on the key issues that face the industry. Our more global sample, which since 2021 has included India, Indonesia, Thailand, Nigeria, Colombia, and Peru, provides some understanding of how differently the news environment operates outside the United States and Europe.

Trust in the news has fallen in almost half the countries in our survey, and risen in just seven, partly reversing the gains made at the height of the Coronavirus pandemic. On average, around four in ten of our total sample (42%) say they trust most news most of the time. Finland remains the country with the highest levels of overall trust (69%), while news trust in the USA has fallen by a further three percentage points and remains the lowest (26%) in our survey.

….the lowest in our survey…

We’re never going to put the corporate media out of business. Between cable television’s carriage fees, corrupt multinational corporations (*cough* Amazon*cough-cough*) eager to fund fascist propaganda outlets like the Washington Post and CNN, and the fact that in a country of 335 million you only need one-percent of the population to subscribe to a left-wing newsletter like the New York Times, these liars aren’t going anywhere ever.

One thing we can do, using the truth, is expose these outlets as the fascist liars they are, which erodes their moral authority, which eliminates their ability to sway public opinion.

Establishment Media fail: Another swing and a miss! https://t.co/EL3uUM0HZ5

And that is glorious.

Well, we all know which option they chose, and here we sit… They went all in with Jussie Smollett, Russia Collusion, Mostly Peaceful Black Lives Matter, the Covington KKKids, Hands Up-Don’t Shoot, Very Fine People, Trayvon Martin, Johnny Depp, Serial Rapist Brett Kavanaugh, Rathergate, Hillary Has 98% Chance of Beating Trump, Georgia Went Jim Crow with Voting, Trump Smeared the Troops as Losers, Rape at the University of Virginia, Kyle Rittenhouse, This, This, This, This, This, This, This, This, and all of This…

I could literally This, This, This all day long. The corporate media has released oceans of lies and have done so deliberately, and now they are the least-trusted media in the world and that’s a beautiful, beautiful  thing.

The Establishment Media has suddenly begun questioning the origins of the Coronavirus and if Donald Trump was ultimately correct. https://t.co/lGSKw9PkYK

What’s also beautiful is that the only way for them to regain our trust is to report the truth.

If the corporate media start to report the truth it will undercut their fascist, left-wing, central-government agenda. Everything the left touches (e.g. Detroit, Chicago, Disney, Netflix) turns to shit, so don’t hold your breath on the media looking to regain our trust.

We got these assholes right where we want them. All they’re doing is lying into an echo chamber. No one else is listening.