Fears that Halloween might offend certain children have caused several elementary schools to cancel the holiday this year.

In Seattle, Washington, Benjamin Franklin Day Elementary School canceled Halloween this year because the Racial Equity Team believes it “marginalizes students of color who do not celebrate the holiday.”

In a statement to KTTH, a Seattle Public Schools spokeswoman said that the school’s pumpkin parade makes “students of color” feel isolated, telling parents and students to partake in Halloween festivities elsewhere. 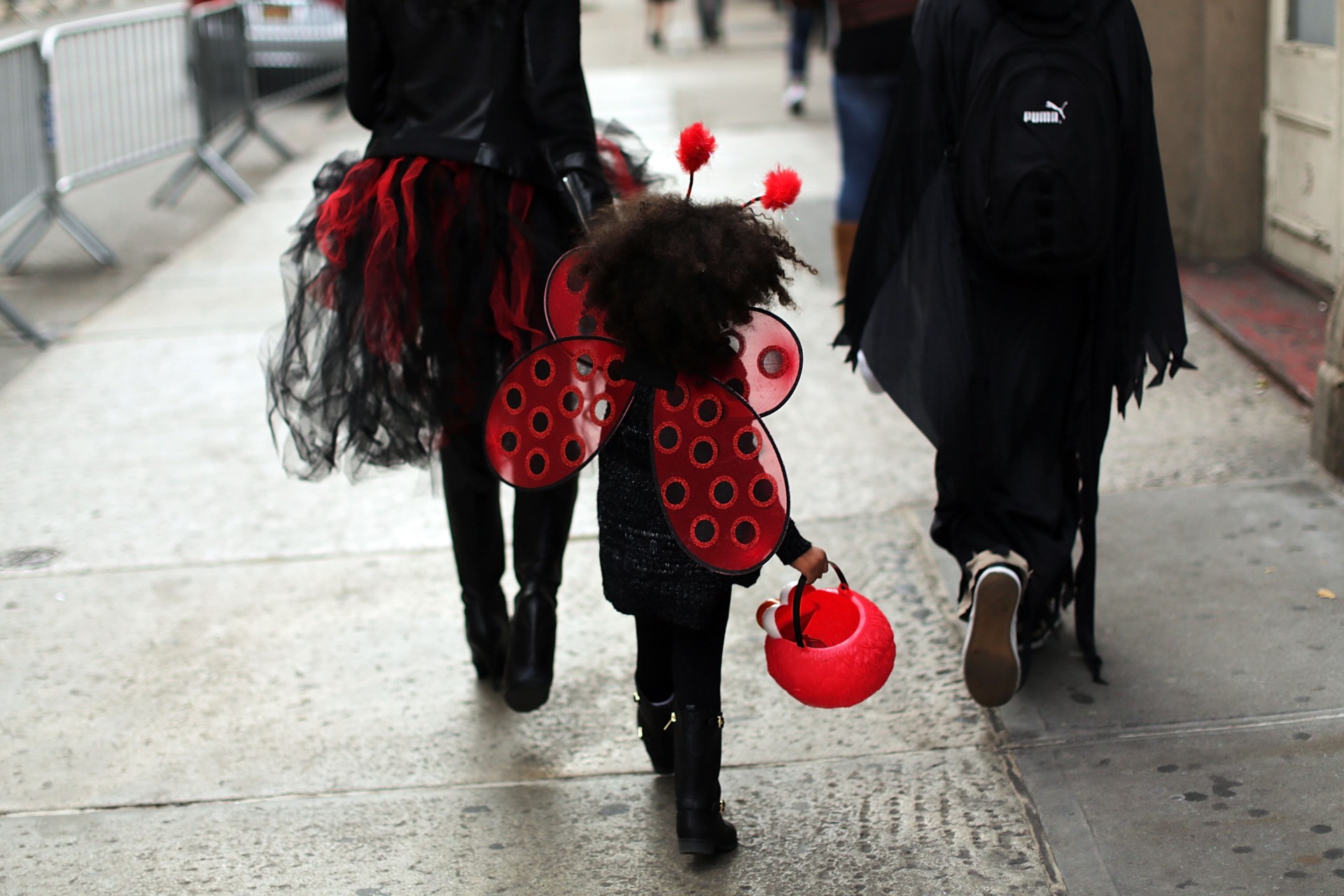 A child walks down a street in a Halloween costume in New York City. (Photo by Spencer Platt/Getty Images)

“There are numerous community and neighborhood events where students and families who wish to can celebrate Halloween,” the spokeswoman said. “Historically, the Pumpkin Parade marginalizes students of color who do not celebrate the holiday. Specifically, these students have requested to be isolated on campus while the event took place.”

“In alliance with SPS’s unwavering commitment to students of color, specifically African American males, the staff is committed to supplanting the Pumpkin Parade with more inclusive and educational opportunities during the school day,” she added.

The spokeswoman made sure to emphasize that the coronavirus pandemic did not contribute to the cancelation. 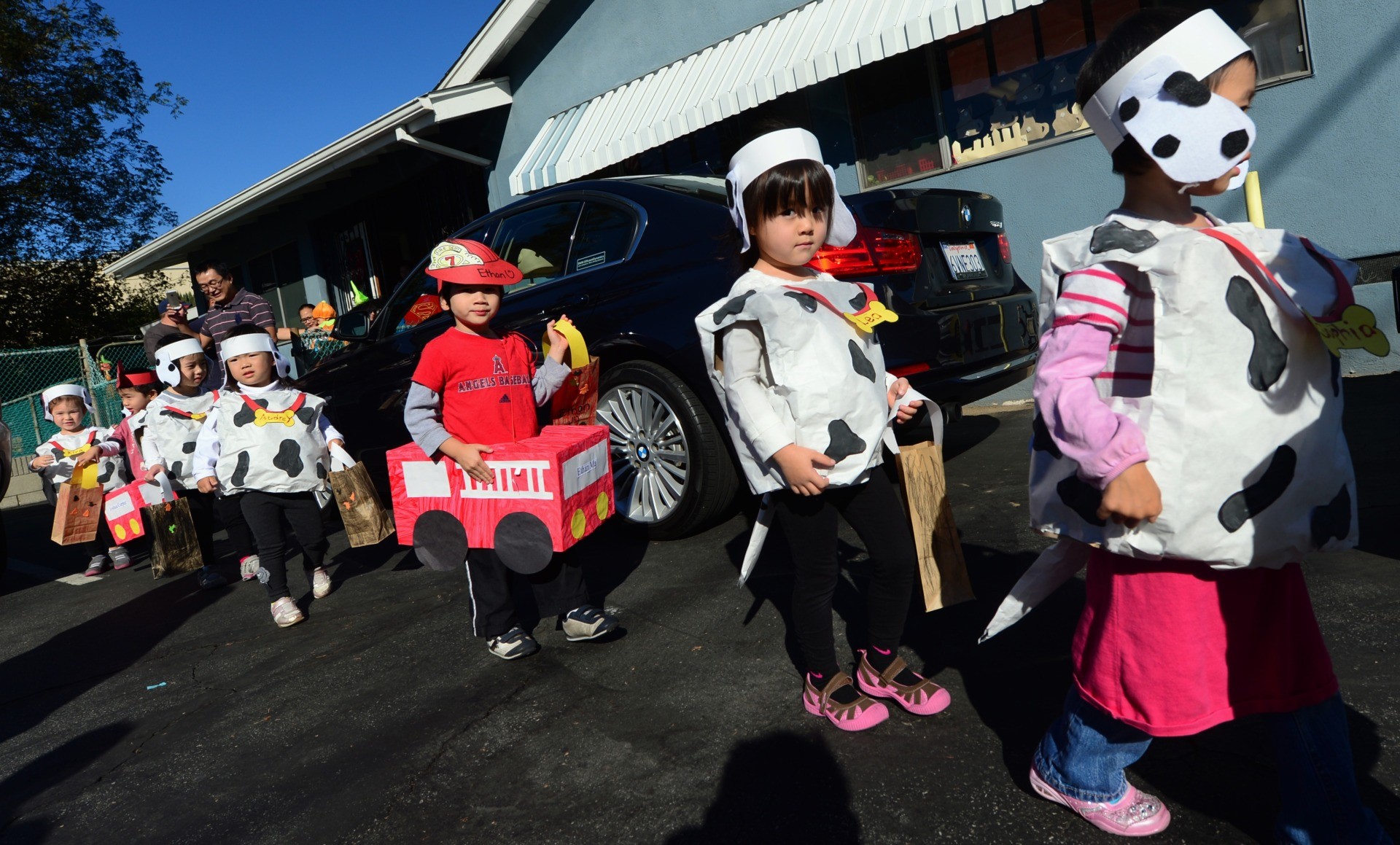 When announcing the cancelation, Benjamin Franklin Day Elementary School said that the Halloween parade often creates situations “where some students must be excluded for their beliefs, financial status, or life experience.”

“Costume parties often become an uncomfortable event for many children, and they distract students and staff from learning,” the school said. “Large events create changes in schedules with loud noise levels and crowds. Some students experience overstimulation, while others must deal with complex feelings of exclusion.”

In East Lansing, Michigan, as many as “six elementary schools” canceled both Halloween and Valentine’s Day festivities due to the holidays’ apparent lack of inclusivity. As City Pulse reported, principals from Donley, Marble, Whitehills and Robert L. Green elementary schools sent a joint letter to parents this week saying that school district officials expressed concern that celebrating Halloween and Valentine’s Day could have “unintended consequences.” From the letter:

Along with the fun of Halloween parties and parades, we also have students whose families do not celebrate or feel comfortable with their children participating in festivities. We have young children who become overwhelmed and sometimes frightened of the costumes and others who come to school with no costume at all. We also have families who either keep their children home or pick them up early from school on Halloween day. Lastly, it is often difficult for children to concentrate and learn on Halloween, making it challenging for teachers to teach.

City Pulse noted that East Lansing Mayor Jessy Gregg announced that the city will also be “exploring ways to become more inclusive to residents who practice religions other than Christianity and would prefer less of a regular emphasis on holidays — like Christmas — with origins heavily centered on evangelical beliefs.”

Not all attempts to cancel Halloween were as successful. In Princeton, New Jersey, for instance, Riverside Elementary School reversed its decision to cancel festivities after a significant backlash from parents.

“Parents in Princeton were surprised to receive a letter from Riverside Elementary School earlier this week, announcing they were canceling Halloween celebrations, in a bid to be more ‘inclusive,'” Patch reported. “But on Friday morning, the school reversed its decision after the community expressed displeasure.”

Stories of schools canceling Halloween celebrations have accelerated in the past decade, often for politically correct reasons. In 2019, Evanston/Skokie School District 65 in Evanston, Illinois, canceled Halloween celebrations, saying they alienate certain members of the staff and student body.

“We are also aware of the range of inequities that are embedded in Halloween celebrations that take place as part of the school day and the unintended negative impact that it can have on some students, families, and staff,” the superintendents said in a statement.

That same year, North Country Elementary in Antelope, California, told CBS Sacramento the school would be celebrating a “harvest festival” over Halloween.

“We have consistently respected the right of families to choose to have their children participate, or not, in such celebrations,” the school said at the time. “However, when the number of students choosing to not participate becomes significant, it is incumbent on the school leadership to re-evaluate and determine if the event is truly meeting the social and academic needs of its student population.”

In 2017, the Boyden Elementary School in Walpole, Massachusetts, also canceled Halloween for not being “inclusive enough.”