GOP Senators blocked an immigration plan by business-backed Democrats to put a very large number of foreign graduates into the Fortune 500 jobs needed by U.S. graduates, according to reports from Capitol Hill.

“Immigration provisions in a hotly debated US competitiveness package are effectively dead, but Democrats haven’t admitted it yet, according to one Republican senator who’s a top negotiator on the legislation,” Bloomberg reported from a Hill interview with Sen. Todd Young (R-IN).

“I think they’re dead. I just think that Democrats haven’t admitted that to themselves yet,” said Young, who has opposed the giveaway in close cooperation with his fellow Midwestern Senator, Sen. Chuck Grassley (R-IA).

The little-publicized immigration giveaway would ensure that few of their Midwest constituents would get high-tech jobs at the chip-making factories that will be funded by the legislation. Instead, the Fortune 500 companies would fill up the midwestern factories with foreign graduates who expect their pay to be government-supplied green cards.

A federal lawsuit is claiming deliberate corruption by Ivy League administrators in a government program that quietly puts hundreds of thousands of foreign graduates into the good jobs needed by American graduates. https://t.co/XDykQIECQ0

The House and Senate have each passed bills that provide roughly $50 billion to fund the domestic development and production of high-tech products, especially computer chips. But Section 80303 of the House bill would allow Fortune 500 companies to hire foreign graduates with promised payments of hugely valuable green cards.

The uncapped giveaway would help foreigners with master’s degrees “in a program of study involving [emphasis added] science, technology, engineering, or mathematics,” says the House bill. The acceptable “program of study” includes:

The huge post-1990 influx of Indian and Chinese graduates via the H-1B, J-1, and L-1 programs have already pushed many thousands of American graduates out of tech jobs. The flooded market for white-collar labor also forced down salaries for the entire professional class. “Most college graduates have actually seen their real incomes stagnate or even decline” since 2000, New York Times columnist Paul Krugman wrote on April 29.

However, corporate lobbyists will likely plead for apparently small concessions in the final bill.

If they get any concession, they will work with their pro-migration allies in the nation’s border security agency to expand the concession as much as they can. For example, President George W. Bush’s deputies invented the innocuous-sounding Optional Practical Training (OPT) program. That program now provides coastal employers with more than 300,000 foreign white-collar workers each year, even though it was never approved by Congress.

The chief Hill advocate for the uncapped giveaway of white-collar jobs is former immigration lawyer, Rep. Zoe Lofgren (D-CA). The bill would help investors and companies in her Silicon Valley district — but it would also minimize the incentive for coastal investors to create jobs in Midwestern cities.

On immigration in competition deal, Rep. Lofgren says she understands Sen. Grassley is opposed & “if he doesn’t agree it probably doesn’t stay in.” Says she hears there will be one more Senate-side effort to help him “confront the reality” that it’s a national security imperative

Corporate lobbyists are pitching the replacement labor program as a national security emergency. That is different from the prior “Top Tier,” “Best and Brightest,” and “Nation of Immigrants” sales pitches used by Fortune 500 lobbyists.

President Joe Biden’s Commerce Secretary, Gina Raimondo, also opposed the giveaway. “These are jobs, these are good jobs and these are jobs Americans should have,” Raimondo told the leading business advocate for the jobs giveaway, former Google chief Eric Schmidt, in March.

Ohio Sen. Sherrod Brown (D-OH) may have opposed the giveaway. “We need bipartisan legislation that puts American workers and American innovation first,” he told a meeting in May. 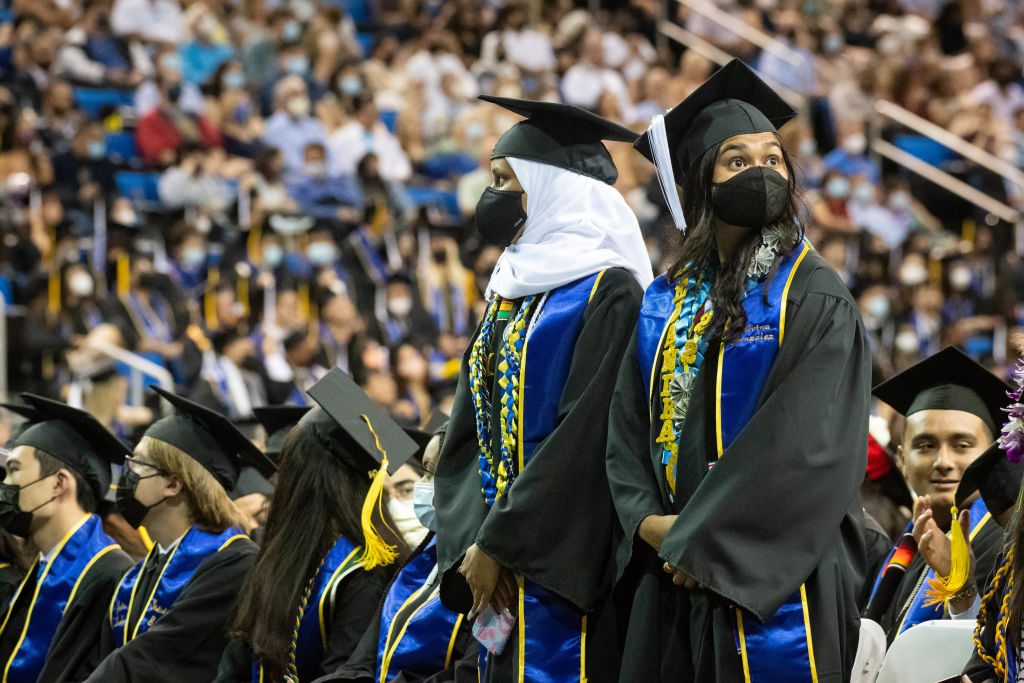 The Democrats’ coastal leaders seem to be backing away from the plan amid the Midwest opposition. For example, House Speaker Nancy Pelosi (D-CA), notably ignored the China bill when she touted a series of pro-migration bills on June 22:

The Farm Workforce Modernization Act … was a critical victory when we [passed it] … We need comprehensive immigration reform, we need DACA – we observed the 10 year anniversary.  We need to pass that and promise – the Promise Act, the Dream and Promise Act.  So House Democrats are calling upon our Republican colleagues to end their shameful blockade of these vital bills.

GOP Senators are also backing away from the jobs giveaway, often without denouncing the donor-backed job-giveaway plan.

For example, Republicans say the giveaway should be blocked because the dispute may derail the technology-development bill.

“I think that immigration bills should not be put in other [non-immigration] bills,” Grassley told Bloomberg on June 16.

Speaking to ScienceInsider after the hearing, [Texas GOP Sen. John] Cornyn said he’s worried that adding the House immigration provisions to the final product would put the entire bill in jeopardy. “Immigration is not the primary purpose of [the Senate innovation bill],” Cornyn said. “And based on my experience here, I think that the more it deals with immigration, the harder it will be to get it passed.”

Other Republican senators believe border security must come first, and they don’t trust U.S. universities hosting foreign-born scientists to safeguard national security. If anything, said Senator Marsha Blackburn (R–TN), the new visa category and other provisions will make it easier for enemies of the United States to pilfer emerging technologies.

Democrats are not making the giveaway a high-priority issue, according to another Bloomberg outlet:

“At a certain point, if the staffs can’t get it all worked out, it just won’t find its way in the bill, which I think would be a shame,” said Sen. John Hickenlooper (D-Colo.), a member of the conference committee in charge of working out differences in the bills.

Rep. Zoe Lofgren (D-Calif.), who backed the measure in the House, on Wednesday said it was still “an important element.”

[He] acknowledged that Democrats are a long way from closing a deal. “I do think immigration reform is central to the [final innovation] bill,” he told ScienceInsider. “But I guess we have more work to do to convince [Republicans] of that.”

Since at least 1990, the D.C. establishment has extracted tens of millions of migrants and visa workers from poor countries to serve as legal or illegal workers, temporary workers, consumers, and renters for various U.S. investors and CEOs.

This economic strategy of Extraction Migration has no stopping point. It is brutal to ordinary Americans because it cuts their career opportunities, shrinks their salaries and wages, raises their housing costs, and has shoved at least ten million American men out of the labor force.

The extraction migration economic policy is hidden behind a wide variety of noble-sounding excuses and explanations. For example, progressives claim that the U.S. is a “Nation of Immigrants,” that Americans have a duty to accept foreign refugees, and that the state must renew itself by replacing populations.

But the colonialism-like economic strategy also kills many migrants, exploits poor people, and splits foreign families as it extracts human-resource wealth from the poor home countries. The migration policy also minimizes shareholder pressure on companies to build up complementary trade with poor countries.