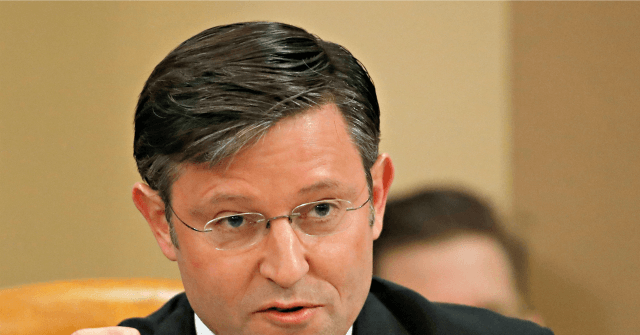 On Thursday’s broadcast of Newsmax TV’s “John Bachman Now,” Rep. Mike Johnson (R-LA) praised the Supreme Court’s ruling on New York’s concealed carry law by stating that a right you have to ask the state for permission to exercise isn’t really a right and Biden’s criticism of the ruling along with his comments on nine-millimeter handguns show “Biden clearly has a disdain for our constitutional rights, our fundamental freedoms.” And has “a goal to disarm the populace.”

Johnson stated, “If you have to ask the state for permission to exercise a right, it’s not really a right at all. And I think what the court did today is affirm what we’ve been saying for a long, long time. You don’t — you shouldn’t have to prove to the state some sort of special reason or ‘proper cause’ as they said…in order to exercise the Second Amendment, to carry a firearm, that the right to defend yourself and your family is fundamental and it is inalienable and the court has said that decisively today.”

After the discussion turned to Biden’s reaction to the Supreme court ruling, Johnson said, “President Biden clearly has a disdain for our constitutional rights, our fundamental freedoms. I mean, remember, he infamously said just a few weeks back, he’d like to confiscate all of our nine-millimeter handguns. I mean, this is one of the most commonly held handguns, for self-protection, primarily, that the American people have, law-abiding citizens. So they have a zeal, really, a quest, a goal to disarm the populace. There’s really no other way to say that. It’s a political ideology that drives them and they have no regard for the Constitution at all. And he proves that over and over.”