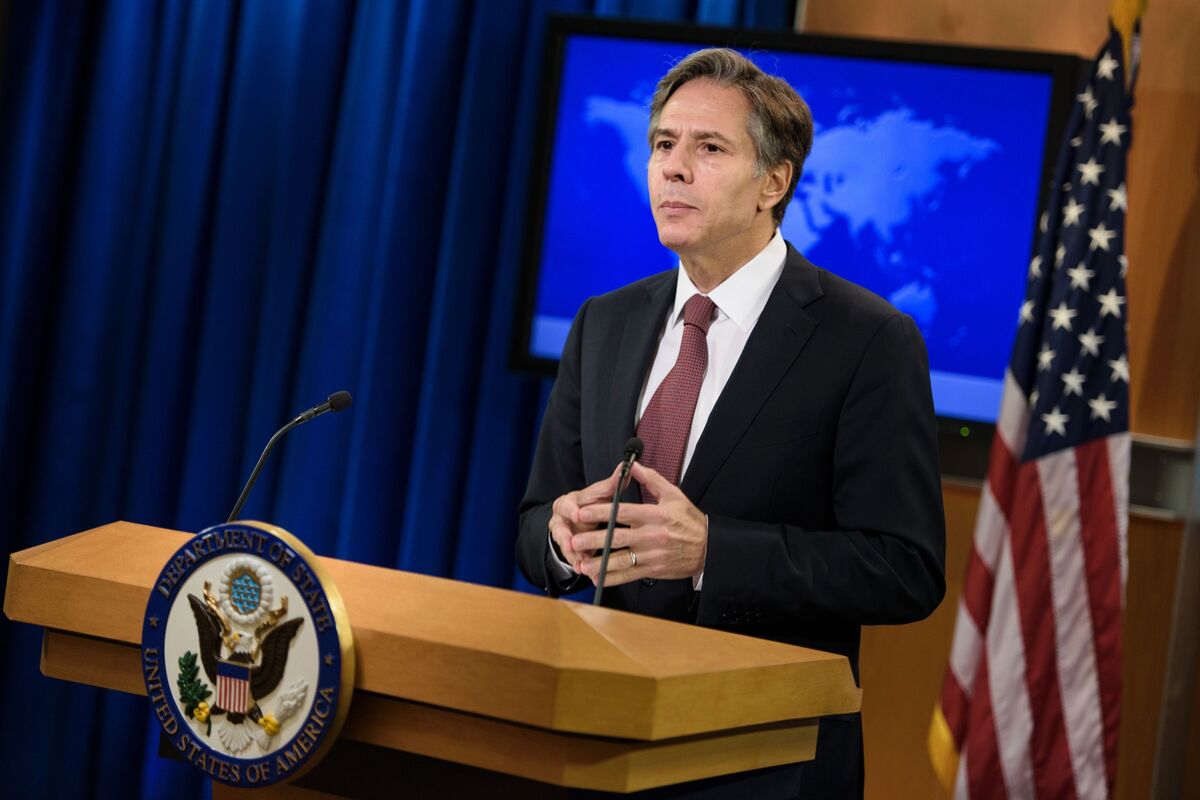 WATCH: Antony Blinken is set to be named as Biden’s secretary of state, according to people familiar with the matter.

President-elect Joe Biden intends to name his longtime adviser Antony Blinken as secretary of state, according to three people familiar with the matter, setting out to assemble his cabinet even before Donald Trump concedes defeat.

Biden’s incoming White House chief of staff Ron Klain said Sunday the president-elect would be making his initial cabinet announcements on Tuesday, but declined to specify which positions would be filled first. The people familiar with Biden’s selections asked not to be identified because he hasn’t yet made the announcements.

Both Sullivan, who is 43, and Blinken, 58, served stints as Biden’s national security adviser when he was vice president.

Thomas-Greenfield, a career foreign service officer, served as assistant secretary of state for African affairs in the Obama administration, was part of a purge of senior State Department officials when Trump took office. She is currently a senior counselor at Albright Stonebridge Group in Washington.

Secretary of state is regarded as one of the most prestigious cabinet posts, and as the nation’s top diplomat, Blinken will conduct meetings with foreign leaders across the globe.

The president’s national security adviser is one of the most important and powerful jobs in the White House, leading a staff of dozens of experts drawn from the government’s military, diplomatic and intelligence agencies who develop U.S. foreign and military policy. The ambassador to the United Nations, another top foreign policy posting, serves as the head of the country’s delegation to the U.N.

Blinken has been regarded as one of the leading candidates to run the State Department. After serving as the vice president’s national security adviser, he was elevated to deputy secretary of state under President Barack Obama.

When Biden was a senator, Blinken served as his staff director on the Senate Foreign Relations Committee before leaving to work on Biden’s 2008 presidential campaign. Blinken graduated from Harvard and from Columbia Law School.

The selection of Blinken to be America’s top diplomat signals Biden’s aim to place experienced people in key cabinet posts and a return to a foreign policy strategy that prioritizes alliances, a contrast to President Trump’s America’s First policies.

Blinken, a career foreign policy official, has a sprawling global network and is expected to lead the U.S.’s efforts to rejoin international agreements like the Paris climate accord and Iran nuclear deal. He is also likely to oversee a tougher posture toward China.

In particular, Blinken said Biden would “step up defenses of Taiwan’s democracy by exposing Beijing’s efforts to interfere. The irony is Taiwan has been a success story over the last decades in terms of how the U.S. and China have handled it.”

Last week, Biden met with defense and intelligence experts, including Blinken and others who worked for Obama when Biden was vice president, because the Trump administration has blocked him from getting the intelligence briefings traditionally granted the president-elect.

“We’ve been through a lot of damage done over the last four years, in my view. We need to rebuild our institutions and my workforce to reflect the full strength and diversity of our country,” Biden said at the briefing. “We need to focus on readiness for whatever may come.

Before it's here, it's on the Bloomberg Terminal.