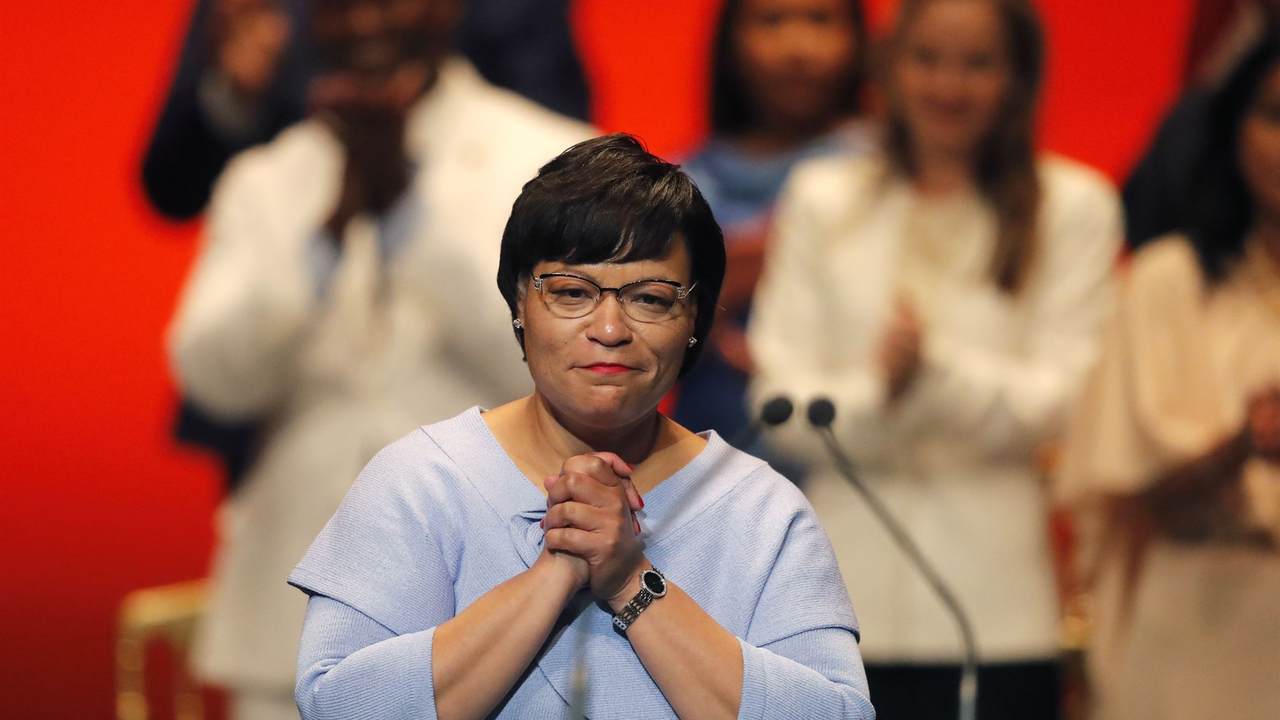 “ST. LOUIS – St. Louis is no longer the nation’s murder capital,” reports Fox2. “As of Sept. 11, New Orleans, Louisiana, had the highest murder rate in the United States, with about 52 homicides per 100,000 residents, according to data from New Orleans’ Metropolitan Crime Commission.”

Interestingly, back in April 2019, New Orleans’ Democrat Mayor Latoya Cantrell and a retinue of associated New Orleans city officials spent a week in Havana, Cuba, to, in the mayor’s office’s own words, “see firsthand how (Cuba’s) history has produced unique opportunities and challenges in the areas of economic development, trade, health care, education and other quality of life issues."

I realize this sounds like shameless AOC idiocy one-upsmanship. I realize that learning about “quality of life” from a place that saw multiple times as many desperate people die trying to escape it as died trying to escape over the Berlin Wall sounds like shameless click-bait, or even a Saturday Night Live or Monty Python skit. So here’s the proof.

In a way, however, the visit seems appropriate. After all, the rulers of one place drove out practically all productive residents with punitive socialist policies that converted a once charming and prosperous place into a huge slum except for a few tourism enclaves. The other place is named Cuba.

“Mayor of New Orleans highlights Cuban achievements,” crowed the totalitarian regime’s KGB-founded media: “According to the Ms Cantrell, the level of the literacy in Cuba is very high, and when she compares this indicator with New Orleans, it is perceptible that there is much to learn from Cuba. She said the same thing happens when analyzing the primary health system, and stated that the U.S. city can take experiences in order to perfect their mother-child program.”

But let’s be fair. Is Cantrell unique in parroting these communist-scripted lies? Haven’t we heard these howlers before and almost ad naseum from liberals? Let’s see:

"Castro has some real accomplishments to point to. Under his rule, the impoverished Caribbean island has created health and education systems that would be the envy of far wealthier nations ... and there is near full literacy on the island."

No, amigos, that’s not Bernie Sanders or Alexandria Ocasio-Cortez, or Cory Booker or Kamala Harris, or even CNN or The New York Times. In fact, it was the London Sunday Times! (owned by Rupert Murdoch!)

If anything proves the devilish proficiency of the Castro regime’s propaganda apparatus the prestigious (for many) Sunday Times editorial from 2006 serves as exhibit A.

For the record: In 1958, that "impoverished Caribbean island" had a higher standard of living than Ireland and Austria, almost double Spain and Japan's per capita income, more doctors and dentists per capita than Britain itself, and lower infant mortality than France and Germany – the 13th-lowest in the world, in fact. Today, Cuba's infant-mortality rate – despite the hemisphere's highest abortion rate, which skews this figure downward and assuming we believe figures from “doctors” persuaded to lie by pistols held to their head -- is somewhere around 30th from the top.

So, relative to the rest of the world, Cuba's health care has worsened horribly under Castroism. And a nation with a formerly massive influx of European immigrants needs machine guns, water cannons and tiger sharks to keep its people from fleeing, while half-starved Haitians a short 60 miles away turn up their noses at any thought of emigrating to Cuba.

In 1958, 80 percent of Cubans were literate, and Cuba spent the most per capita on public education of any nation in Latin America.

During its war of independence near the turn of the 20th century, Cuba was utterly devastated, having lost a quarter of its population. So, Cuba's (capitalist) achievements in national prosperity, health, and education came practically from scratch and in about the same number of years as Castroism’s stint in power.

Can any sane person claim that given that record – and given Cuba's expenditures on public education – illiteracy would not have been eradicated in a few short years?

Better still, Cubans today would not be “literate” in the leftist sense of the term (i.e. rote indoctrinated with Marxist imbecilities) but also educated, allowed to read George Orwell and Thomas Jefferson along with the arresting wisdom and sparkling prose of Che Guevara. A specimen:

I quote "this intellectual, this most complete human being of our time" (Jean-Paul Sartre's description of Che Guevara) exactly. As we see, Cuba's prisons aren't its only torture chambers. With such reading assignments, Cuba's classrooms amply qualify for an inspection by Amnesty International.

Without Castro, Cuba's full literacy would have come about probably as quickly – and without firing squads, mass graves, and a political incarceration rate higher than Stalin's. Most countries in Latin America with lower literacy rates than Cuba had in 1958 have done just that.

"During the 1980s," continued the amazing editorial from the prestigious Times of London, "one could still conceivably argue that Cuba's dictatorship was preferable to its US-backed counterparts in Chile, Argentina, Nicaragua or El Salvador, which went one step farther by murdering thousands of their citizens."

Here one blinks, looks again – and gapes. Forget for a second that none of those regimes abolished private property, free travel, and free speech. None abolished free enterprise and mandated food rations for its subjects. None set up government snitch groups on every city block. Forget that far from being "US-backed counterparts," Pinochet's Chile and Somoza's Nicaragua had economic sanctions slapped on them by U.S. President Jimmy Carter.

Forget the peripheral ignorance; let's look at the central stupidity:

You long to believe otherwise, you grope for an extenuation, you hope you misread – but it's inescapable: The editorial staff of one of the world's most prestigious newspapers was unaware that Castro and Che Guevara’s regime killed people.