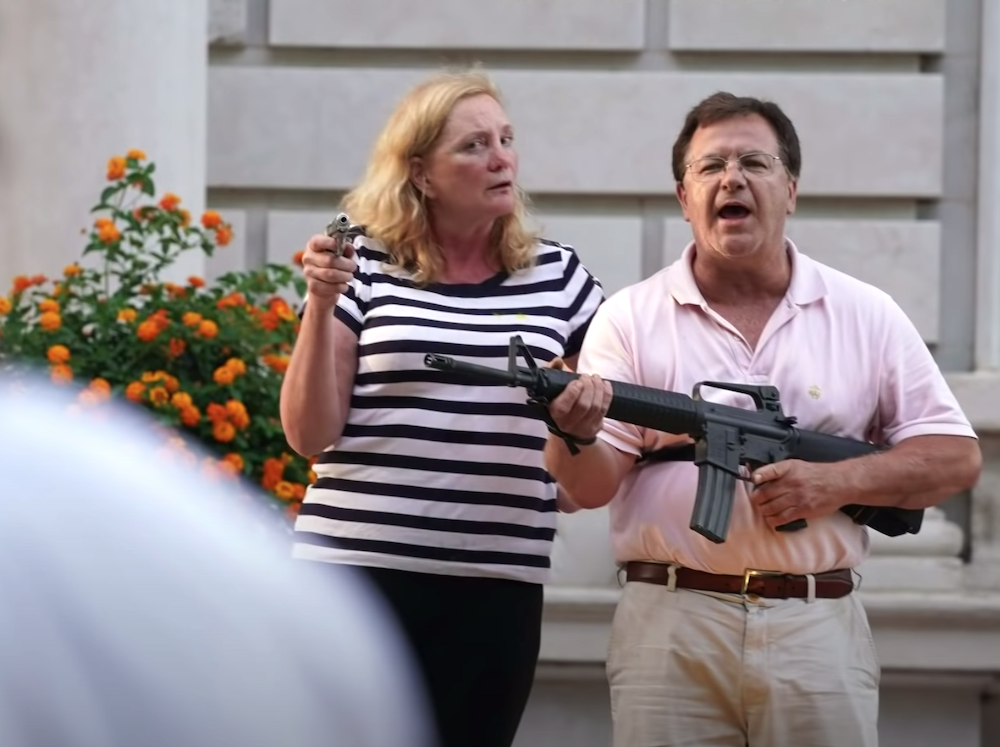 With Minneapolis City Council members unanimously voting to disband the police force last week, Americans have begun to wake up to the fact that at some point they will be their only protectors. To effectively do so, they will need to unleash their inner “rooftop Korean.”

Civil unrest due to race riots is nothing new in our country. With the April 1992 acquittal of four police officers who unjustifiably and mercilessly beat Rodney King, a black man from Los Angeles, the city erupted. Rioters violently assailed the city for six days, causing 63 deaths, almost 2,400 injuries, and more than $1 billion in property damage.

The district of “Koreatown” bore the brunt of the anarchic toll, with 2,280 of its businesses aflame or pillaged by the mob. While most Angelenos fled the city as it burned, many Korean Americans remained to defend their neighborhood from the lawlessness. Shopkeepers became snipers overnight and in doing so preserved their livelihoods.

This resilient troop of vigilantes has served as a cultural icon of self-defense for nearly three decades. Now it should inspire others to do the same.

The McCloskeys Took Matters into Their Own Hands

This past weekend, a St. Louis couple, Mark and Patricia McCloskey, did exactly that. When a violent mob of hundreds broke into their gated community, threatening to burn down their home and kill them, the couple feared for themselves and their pets. They responded by brandishing firearms, and thus deterred the mob from victimizing them as it had promised. While the press and internet excoriated them, they preserved their lives and private property without incident.

In the cases of both the McCloskeys and the rooftop Koreans, hands were forced to action due to the inaction of those who had sworn to serve them and protect their rights. The police ignored the Koreans’ calls for aid, just as they have done to many citizens, including the McCloskeys, throughout the past month’s events.

This kind of response was inevitable. Americans have anticipated it. As citizens have watched crime continue without repercussion, gun sales have skyrocketed over the last 90 days with millions of first-time buyers, and ammo shelves have been picked clean. An already-beleaguered law enforcement recruiting effort is now being threatened with defunding or disbandment, all while veteran police officers resign en masse.

Amid the effective neutering of America’s blue line are the moral eunuchs in elected office. Their constituency looks to them to enforce the rule of law, but they sit ensconced in security, doing their best not to be called racists, ceding to the rioters’ demands by “proactively” removing statues for them. Some even actively call for the riots to continue in hopes the current zeitgeist will carry them in November.

It is clear that in this moment, the American people can trust and rely upon only themselves to defend what is theirs. The only thing keeping these riots from catapulting into complete chaos is the rioters’ fear of armed citizens.

Because of this fear, they will attempt to use the courts to strip Americans of their last line of defense, challenging the constitutionally ensured rights of gun owners. The McCloskeys will be the first case, as they will likely face legal action from city Circuit Attorney Kim Gardner, who provided a statement theorizing filing criminal charges against the couple.

Although the McCloskeys have an attorney, their defense was already represented 28 years ago by Richard Park, a Korean-American gun store owner, who said: “I don’t know if I am wrong or not. People say I am wrong. What am I going to do? Just sit down and die? I am going to protect my store and my family and myself.”

It’s Time for a Show of Force

Americans have grown tired of the endless, destructive rabble. They have tried to wait it out, but now it has arrived at their front door. Especially in light of the economic devastation of COVID-19, peoples’ homes, workplaces, and property may be all they have left as means of survival, and they should be willing to defend them like the rooftop Koreans, no matter how vigorously people such as Nikole Hannah-Jones attempt to justify their destruction.

The failure of the Black Lives Matter movements’ provocateurs to properly interpret the freedom of assembly clause of the First Amendment will not adulterate Americans’ understanding of the Second, Fourth, and Fifth.

Thankfully, neither the actions of the rooftop Koreans nor the McCloskeys resulted in any rioter deaths, but they have also both revealed that mobs respond to one thing and one thing only: the mere presence of overwhelming force. Each time they are opposed with force or the possibility of it, they ironically cry out for the very police they hope to eliminate. There should be no attempts to appease the mob’s demands, only to quell their insurrection.

It is important that Americans find the courage to speak out and fight these injustices with their words, dollars, and votes. If they do not, Minneapolis, St. Louis, and Seattle show that citizens will soon be fighting with something else.