Hundreds of suspected illegal immigrants were spotted strolling along the side of a Texas highway in an area that is battling with record border crossings.

The footage, taken by a law enforcement official and obtained by Fox News, captured the crowd of migrants scattered on the side of the road Thursday in Eagle Pass — just east of the Rio Grande on the Mexican border.

Some could also be seen crouching under nearby trees.

At least one law enforcement vehicle with its lights on had pulled over near the large group.

It wasn’t clear how many, if any, were taken into custody.

Border Patrol in the town has been sending roughly 1,000 illegal immigrants a day to a nonprofit called Mission: Border Hope — amid the Biden administration’s rapidly expanding practice of releasing immigrants on parole. 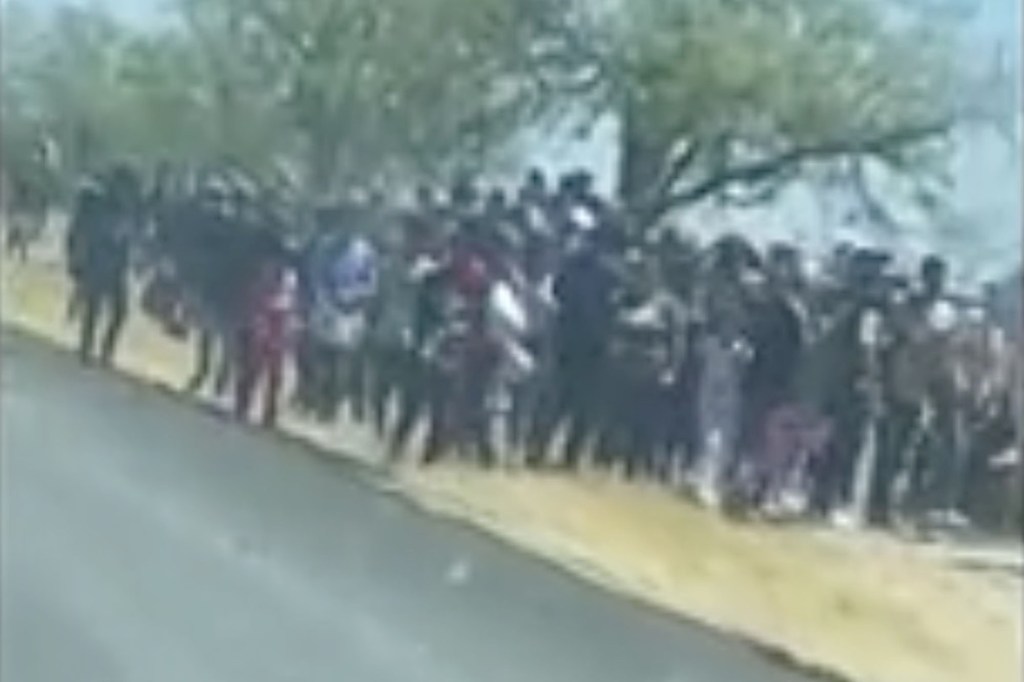 The migrants were on the side of the road Thursday in Eagle Pass.Fox News

More than 207,000 immigrants who crossed over from Mexico were paroled from August 2021 through May this year, court records showed.

In the previous seven months before August last year, Border Patrol had only paroled 11 migrants.

Border Patrol has cited the lack of space in detention centers to hold the influx of immigrants surging into the US after Biden took office.

Eagle Pass Mayor Rolando Salinas Jr. told The Post the situation in his city of 30,000 has progressively gotten worse. 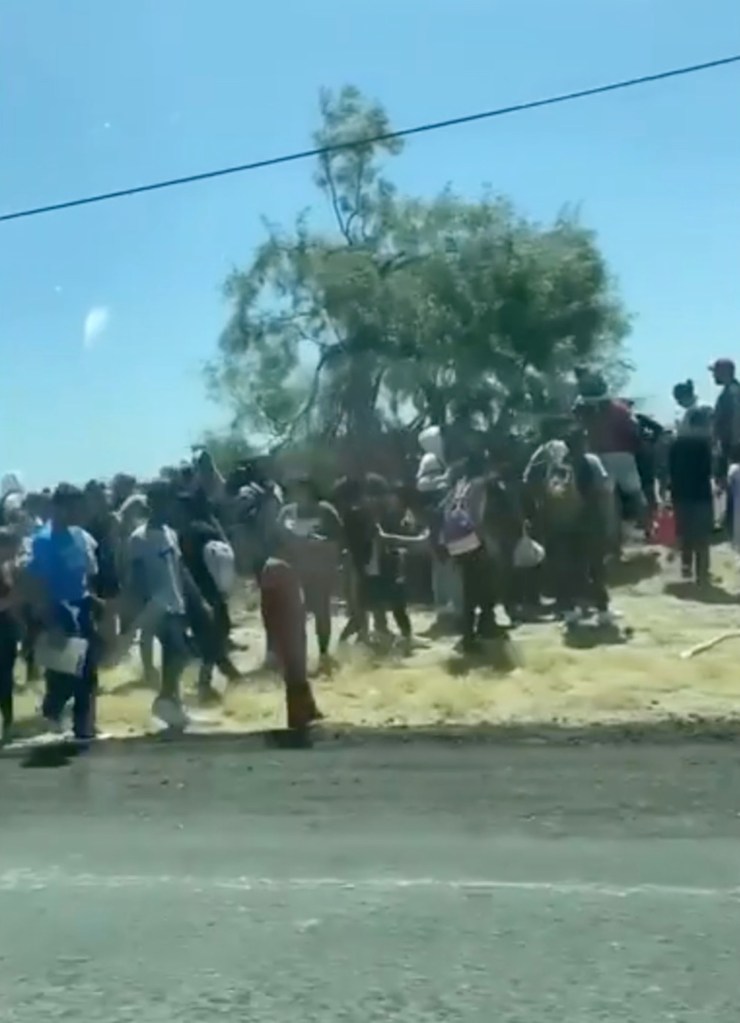 It wasn’t clear if any of the people on the Texas highway were taken into custody.Fox News

“We have more people crossing now, more than ever,” the Democrat said Friday afternoon. “In Eagle Pass alone they’re apprehending and processing over 1,000 people a day so it’s frustrating, it’s very, very frustrating but it’s something we’ve had to live with for the last year and a half every day.”

The city’s police and fire are both stretched thin due to the influx, especially with temperatures above 100 degrees daily, he said. He’s seen groups of migrants walking on the side of the road, including children.

Talking to his state and federal representatives has not led to any change, he said.

“The federal government needs to do a better job in their messaging to other countries saying ‘hey we’re not inviting everybody to come in there. There are rules, there’s laws you have to follow. If you come to the US, you’re not going to get all these resources because that’s what they think,’” Salinas said. 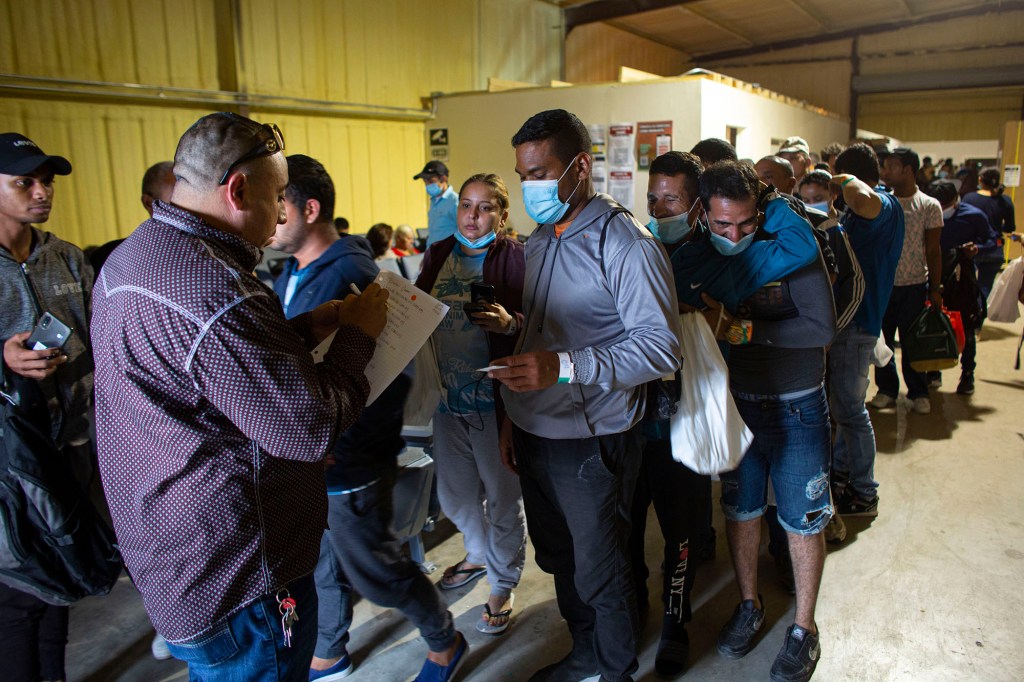 People line up for a commercial bus that will take them to the San Antonio airport at a warehouse run by the Mission: Border Hope nonprofit group in Eagle Pass, Texas.AP Photo/Dario Lopez-Mills

The first-term mayor said migrants he has spoken to think they are going to have a better life in the US with the belief of free housing and food stamps.

He panned the federal government for their lack of support.