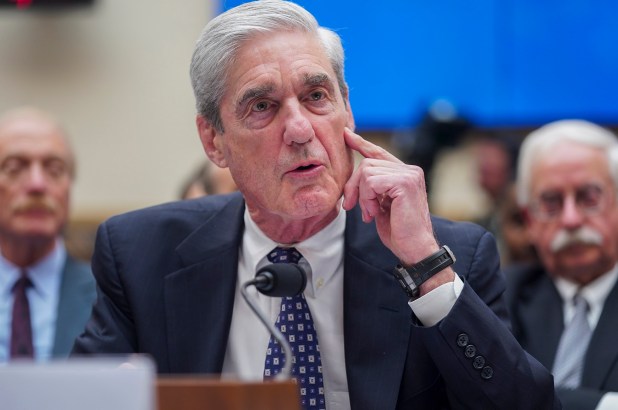 Justice Department veterans know darn well that destroying potential evidence is a huge breach of ethics. Yet many of the top members of special counsel Robert Mueller’s team did just that when the Inspector General’s Office came calling.

They have all manner of (ridiculous) excuses for wiping more than two dozen government-issued iPhones used in the Russiagate investigation.

OK, maybe one or two screens really did get smashed so badly that a wipe was needed; perhaps another phone really was wiped by accident. But not dozens of them: Apple’s phones are far better designed than that.

One phone “wiped itself,” according to records that Judicial Watch obtained thanks to the Freedom of Information Act: Then-FBI attorney Lisa Page’s phone had been restored to factory settings when the IG’s office received it.

And Mueller’s top deputy, Andrew Weissmann, claims he “accidentally wiped” his phone after entering the wrong passcode too many times — twice in one month, March 2018. Funny: More than a dozen of the phones suffered the exact same “accident.”

Republican Rep. Doug Collins wrote Apple CEO Tim Cook, sarcastically asking for details on how such wiping works: “It would be truly shocking if the attorneys chosen to investigate the President of United States — arguably the Democrats’ ‘best and brightest’ lawyers — could manage to inadvertently wipe their government-issued iPhones because they spent hours entering an incorrect passcode to a phone they had used for over a year.”

As Senate Finance Committee Chairman Chuck Grassley notes, “Many officials apparently deleted the records after the DOJ Inspector General began his inquiry into how the Justice Department mishandled Crossfire Hurricane” — the Comey-era FBI’s investigation into links between the Trump campaign and Russia.

Weissmann (who, it’s increasingly clear, really ran the “Mueller” probe) and his cronies may think they’ve been pretty clever. But this coverup is a damning sign that their “investigation” involved a lot of “work” they don’t want the public to hear about.