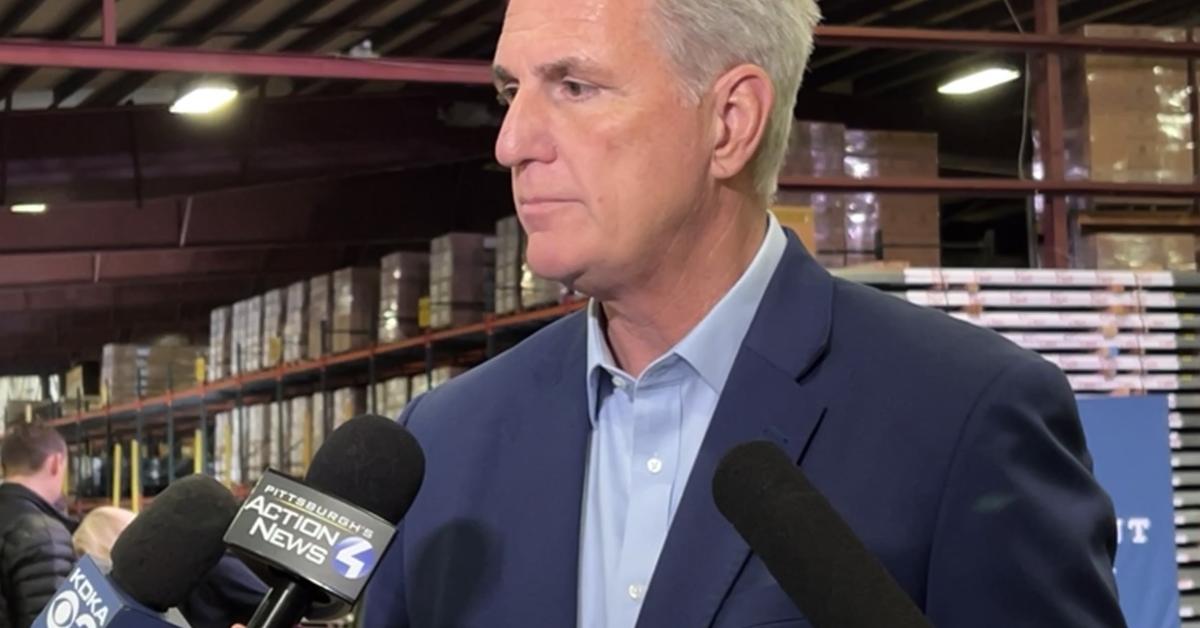 House Republican Leader Kevin McCarthy challenged President Biden to a primetime debate as he unveiled the House GOP's Commitment to America agenda in Pennsylvania on Friday.

During an interview with Just the News, McCarthy described why he wants to publicly debate Biden, who he said is already criticizing the Commitment to America.

"We have a plan for a new direction for America," McCarthy said after introducing the new House Republican blueprint for legislative action at an event in Washington County near Pittsburgh. "Democrats have brought us inflation, crime in our streets, a border that's now bringing fentanyl, the number one killer of Americans between the ages of 18 and 45.

"If the president wants to criticize this plan, let's debate the policies. We're the only ones with a plan to fix the problem. They created the problem with no plan to fix it."

Biden described the House GOP agenda as “a thin series of policy goals with little or no detail.”

When asked if he thinks Biden will accept the invitation to debate, McCarthy said, "I think he would probably hide because he can't live up to his own policies."