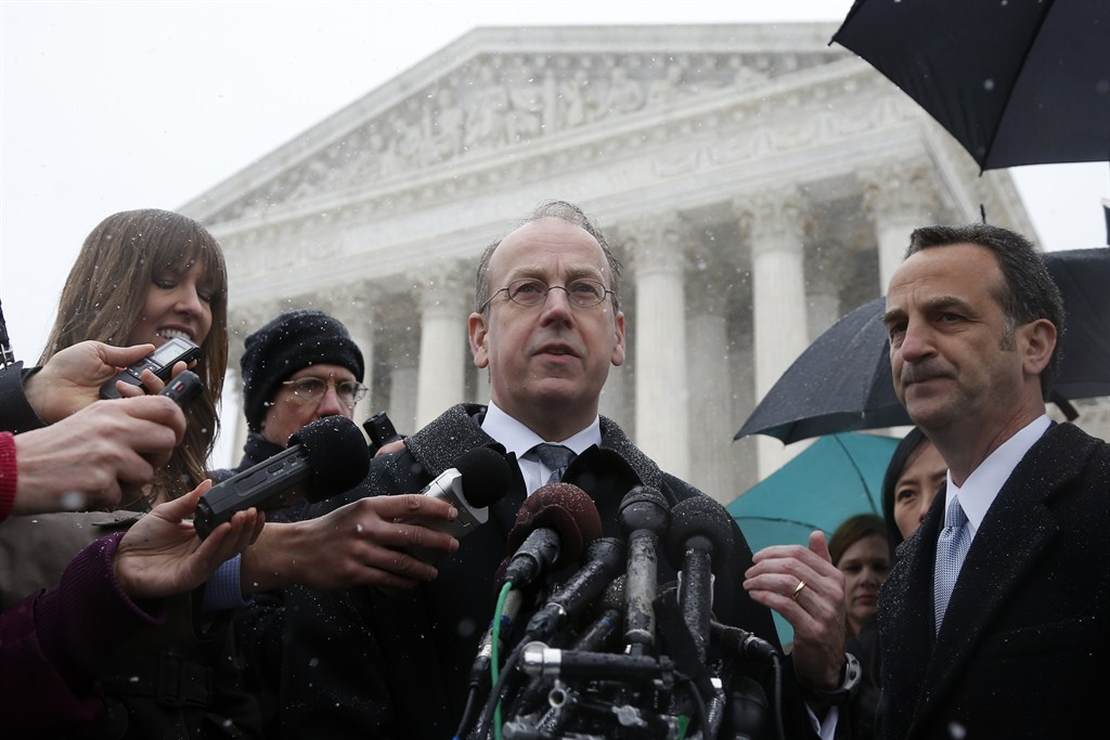 Old and busted: Everyone has the right to effective legal counsel. New hotness: Don’t take clients that are politically incorrect — even when they’re right. Paul Clement and Erin Murphy won a landmark Second Amendment case yesterday at the Supreme Court in NYSRP v Bruen, only to find out that they and their other clients in the firearms industry were no longer welcome at their firm.

Law firm Kirkland and Ellis LLP released a statement late yesterday that celebrated the win in Bruen and praised Clement and Murphy as “valued colleagues.” They then kicked them to the curb by telling the pair that they would no longer handle any Second Amendment cases because other clients complained about it. Clement and Murphy refused to drop their clients, and so had to leave the firm after a victory at the highest level for their firm:

Discord over gun rights erupted within the law firm that secured Thursday’s Second Amendment victory at the Supreme Court, with Kirkland & Ellis LLP announcing shortly after the decision that it would no longer take firearms cases and that it was parting ways with the two star partners who won the case.

After a Kirkland news release praising Paul Clement, a former U.S. solicitor general in the George W. Bush administration, and Erin Murphy, the two announced they were opening their own firm.

“Unfortunately, we were given a stark choice: either withdraw from ongoing representations or withdraw from the firm,” Mr. Clement said. “Anyone who knows us and our views regarding professional responsibility and client loyalty knows there was only one course open to us: We could not abandon ongoing representations just because a client’s position is unpopular in some circles.”

Kirkland refused to comment on their departure, but a source within the firm confirmed Clement’s allegation:

After recent mass shootings, other Kirkland clients began expressing reservations over the firm’s work for the gun movement, a person familiar with the matter said. Kirkland “started getting a lot of pressure post-Uvalde, hearing from several big-dollar clients that they were uncomfortable,” this person said. “Several partners agreed that they should drop that representation.”

Gee, is that how legal representation works? Only the popular clients have their cases taken? Maybe it was ever thus, but that’s certainly not how lawyers and law firms have painted their industry’s ethics. When attorneys get criticized for taking on an unpopular client, the critics get lectured on the necessity of distinguishing the client from the attorney and the principle of effective and robust representation — especially when those attorneys run for public office.

Now, however, attorneys themselves are refusing to take clients based on their political beliefs, and not just some rando lawyer in the phonebook either. Kirkland & Ellis LLP is one of the biggest law firms in the world, and in fact the biggest. In 2019, Kirkland & Ellis ranked at the top of Law.com’s top law firms by revenue, with an estimated $5.2 million profit per partner in that year, and $4.15 billion in revenue. This is a firm that sets standards rather than follows them, and it’s also a firm that can choose to tell its clients to go elsewhere rather than poke their noses into relationships with other clients.

And let’s not forget that the decision to represent the plaintiffs in Bruen was in the end vindicated by the Supreme Court. New York’s law requiring a bureaucrat’s whim to exercise an enumerated right was clearly unconstitutional. If anything, Kirkland & Ellis should have pointed that out to their other clients, and perhaps even advertised about how effective their appellate counsel performed.

Instead, Kirkland & Ellis decided to cave to the woke mob within its own clientele. It’s a commercial decision in large respect, but it’s also a political decision, and a craven one at that. It’s an abandonment of an important legal ethic that shielded attorneys from bearing the weight of their clients’ sins, especially when it came to attorneys with political ambitions. One imagines that more than a few of those work at Kirkland & Ellis now, and they’d better be prepared to answer for every single client that Kirkland & Ellis ever represented, whether they themselves worked on the case or not. After all, Kirkland & Ellis just made it clear that they now have to actually approve of a client before agreeing to represent him or her.

As for Clement and Murphy, they plan to open up their own firm. Best of luck to them, and hopefully their next set of colleagues won’t turn out to be ungrateful prigs when they continue to win big cases for their clients.