Something notable happened with President Joe Biden on Thursday.

The commander in chief showed off a card at a White House meeting with wind industry leaders that gave him simple instructions on what to do or say. Among the directions on the cheat sheet, captured in a Getty Images photo, was "YOU take YOUR seat" after entering the room. 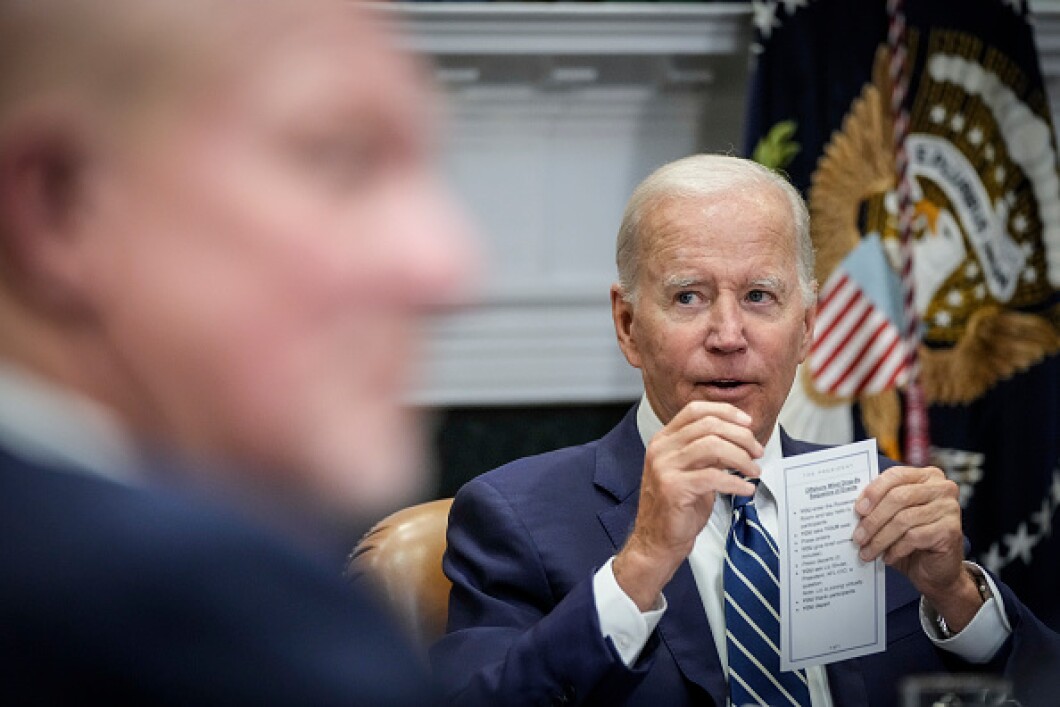 President Joe Biden holds up a cheat sheet during a meeting about the Federal-State Offshore Wind Implementation Partnership in the Roosevelt Room of the White House on Thursday in Washington. (Drew Angerer/Getty Images)

The 79-year-old Biden, whose age has caused some concern in some Democratic circles looking ahead to the 2024 election, was also instructed to keep his remarks "brief," with the notes spelling out two minutes, and asking Liz Shuler, the president of the AFL-CIO, a question after reporters depart the room. Then, the card's list reads, “YOU thank participants” and “YOU depart.”

A missive retweeted by White House deputy press secretary Andrew Bates read: "Advance & exec comms folks write event tick tocks like this for leaders all the time. It’s malpractice to send your principal (esp one who is scheduled back to back) into an engagement w/o a briefing document that outlines the exact sequence of an event & their role in it."

CLICK HERE TO READ MORE FROM THE WASHINGTON EXAMINER

The White House said Biden joined governors and senior officials from 11 East Coast states, along with leaders from labor unions and the offshore wind industry, to initiate a "Federal-State Offshore Wind Implementation Partnership."

The president, who was seated at the head of the table, said union workers are the “single most qualified workers in the world," according to a White House transcript of his remarks. "When I think 'climate,' when I think 'environment,' I think 'jobs,'" Biden also said, adding, “We’re about to build a better America."