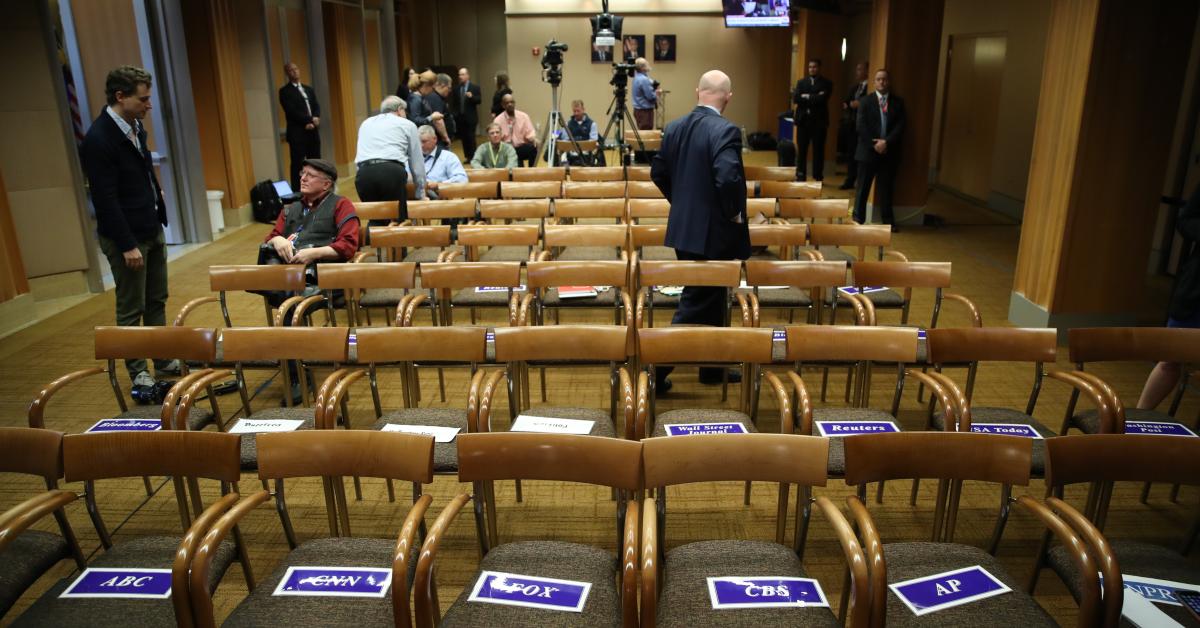 The mainstream media's fact-checking track record has led to public distrust, as the American people have often learned the truth about so-called conspiracy theories before the press finally had to admit their veracity.

There have been several major instances where the media fact-checks a claim as false, only for evidence to later show that it was true from the beginning. In some cases, the media has had to issue corrections as a result, or at least acknowledge the updated evidence.

The repeated mistakes appear to favor the Democratic narrative, which may be why a Trafalgar poll from December found that 76.3% of Americans believe the mainstream media's primary focus is on advancing its own political agenda.

Last October, Gallup found that just 36% of Americans trust the media, the second-lowest reading on record, with the worst being 32% in 2016.

With COVID-19, to take one example, the media repeatedly denied the likelihood that the virus came from the Wuhan Institute of Virology and that the National Institutes of Health (NIH) funded gain-of-function research conducted there. The efficacy of lockdowns, wearing masks, and the COVID vaccines were pushed by the media. Lockdowns were supposed to be “15 days to slow the spread,” masks were to be worn to prevent the spread of COVID, and vaccines are “safe and effective.”

The lab-leak theory was “often dismissed as a xenophobic right-wing conspiracy theory,” noted The Intercept, an outlet that has provided evidence that COVID likely came from the Wuhan lab.

But now the World Health Organization (WHO) is recommending further investigation into the lab-leak theory and other “reasonable hypotheses,” CBS News reported. Hence, mainstream media outlets are acknowledging that COVID originating in the Wuhan lab is “something once dismissed by some as a conspiracy theory but since taken seriously by some experts and officials,” according to NBC News.

Evidence has also come out that the NIH apparently funded gain-of-function research.

With regard to the months-long lockdowns and mask mandates, studies have found that the public health measures did not aid in slowing the spread, but instead had detrimental effects, such as crippling the economy and negatively affecting the development of children.

As for vaccines, more data continues to come in that people who have been vaccinated are experiencing side effects from the jabs. Between abnormally long blood clots found in people who had been vaccinated, a significant association between COVID vaccination and a 25% increase in emergency medical services for heart problems in people ages 16-39 in Israel, and other reported side effects, it may not be long until the media must change the “safe and effective” narrative.

When it comes to politics, the mainstream media repeatedly claimed that then-candidate Donald Trump colluded with Russia to win the White House. The media pushed the Steele dossier and other claims (such as the secret back-channel to the Kremlin through Moscow’s Alfa Bank) that resulted in an FBI investigation and the appointment of Special Counsel Robert Mueller, but ultimately no evidence of collusion was found.

The Washington Post had to correct and remove parts of stories regarding the Steele dossier after information related to it was eventually debunked.

Now Special Counsel John Durham is investigating the origins of the FBI’s Trump-Russia collusion probe, which has resulted in one trial thus far. As Durham's prosecution team showed during the trial of former Hillary Clinton campaign lawyer Michael Sussmann last month, the FBI’s prolonged investigation into the Alfa Bank allegation continued despite a lack of evidence.

Then there is the Hunter Biden laptop. Just prior to the 2020 presidential election, The New York Post published a story on the laptop, focusing on how President Joe Biden’s family has profited from his name, and that Hunter had been in business relations with foreign entities. The story was censored on social media despite there being no evidence that the laptop was Russian disinformation, as many media outlets claimed.

Since March, The New York Times, The Washington Post and NBC News have published stories acknowledging the authenticity of the computer.