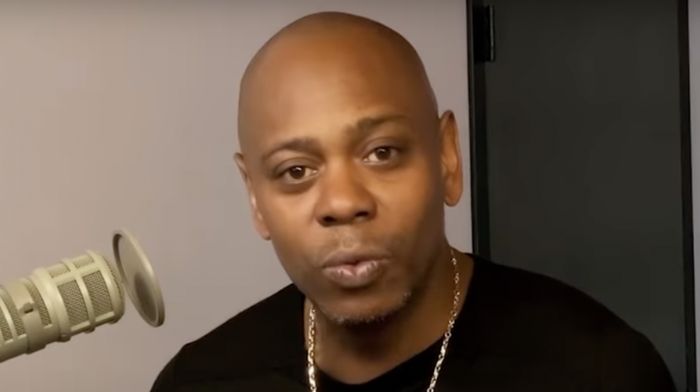 The comedian Dave Chappelle is firing back at the “woke” students at his alma mater who were offended by his Netflix special by declining to have a theater at the Washington D.C. high school named after him.

“You never asked yourself why it was easier for Bruce Jenner to change his gender than it was for Cassius Clay to change his name?”
– Dave Chappelle pic.twitter.com/NfG5IzlzeN

Fox News reported that the Duke Ellington School of the Arts had planned to dedicate the theater to Chappelle on Monday in a ceremony meant to honor his “ongoing commitment and service to the school and advocacy for the arts.”

When Chappelle arrived at the ceremony, however, he declined to have the theater named after him. He proceeded to tell the attendees that he was “sincerely hurt” by the backlash from students over his Netflix special “The Closer” when he visited the school back in November. The “woke” left was offended by “The Closer” because of jokes that Chappelle made about transgender people.

“I took a lot of cold shots in business… but that day, they hurt me,” Chappelle said, going on to defend his right to free speech and calling his special “a masterpiece,” according to USA Today.

Related: Did Will Smith Inspire This Attack On Dave Chappelle?

By opting in, you agree to receive emails with the latest in Lifestyle + Entertainment from TellMeNow. Your information will not be shared with or sold to 3rd parties.

“No matter what they say about ‘The Closer,’ it is still (one of the) most-watched specials on Netflix,” he continued. “The more you say I can’t say something, the more urgent it is for me to say it. It has nothing to do with what you are saying I can’t say. It has everything to do with my freedom of artistic expression.”

Chappelle added that when the students confronted him, they “said everything about gender… they didn’t say anything about art.”

Chappelle was one of the main donors to the theater, and he made it clear that he’s open to his name being placed on it in the future. For now, however, the theater will be known as the Theater of Artistic Freedom & Expression. Chappelle explained that he chose this name for the theater to emphasize “the nuance of art” as well as “my right, my freedom of artistic expression.”

Dave Chappelle's new Stand-Up Special ‘The Closer’ is dropping in less than 24 hours on #Netflix. I need this! pic.twitter.com/WR5sCWyMrh

Chappelle Fires Back At Those Trying To ‘Cancel’ Him

Back in October, Chappelle fired back at the transgender Netflix employees who were trying to “cancel” him by staging a walkout over his special.

“It’s been said in the press that I was invited to speak to transgender employees at Netflix and I refused,”  Chappelle said at the time, according to The BBC.  “That is not true.”

“If they had invited me I would have accepted it,” he continued. “Although I am confused about what we are speaking about… You said you want a safe working environment at Netflix. Well, it seems like I’m the only one that can’t go to the office anymore.”

Chappelle proceeded to send a message directly to the transgender community.

“To the transgender community, I am more than willing to give you an audience,” he added. “But you will not summon me. I am not bending to anybody’s demands.”

Dave Chappelle just dropped a clip on IG speaking on the controversy surrounding his Netflix special 'The Closer' 👀 pic.twitter.com/R9XUCDlLdK

In his fight to defend freedom of speech, Chappelle has become one of the biggest opponents to cancel culture in the entertainment world. In the end, it’s the students’ loss at his high school that their theater won’t be named after Dave Chappelle because he’s one incredible guy.