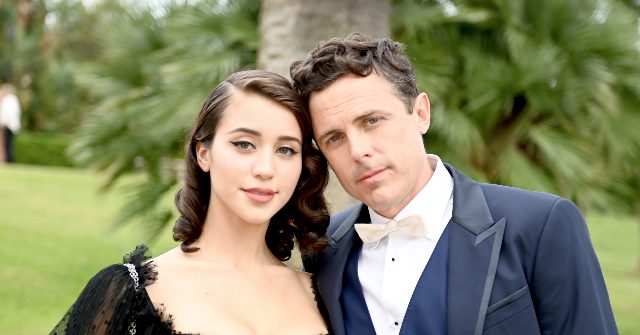 Actor Casey Affleck’s girlfriend actress Caylee Cowan was alone in their Los Angeles home early Tuesday morning at around 3:00 a.m., when she woke up to find a home intruder staring down at her in bed.

Cowan then let out a scream, which was enough to scare the man and send him darting out of the house, according to a report by TMZ.

The actress then called 911, and gave the Los Angeles Police Department (LAPD) a description of the man, who was later caught running down the street, and was arrested.

The man had apparently gone through some of Cowan’s belongings in another room, before entering the bedroom, so he was booked for burglary, with additional charges potentially being added by the D.A.’s office later, LAPD sources told TMZ.

It remains unclear how the man got into the house, but police told the outlet that there was no sign of forced entry.

Cowan is simply the latest victim of the crime wave sweeping the Democrat-controlled city of Los Angeles.

In February, a man was arrested after targeting White Lotus and Baywatch star Alexandra Daddario’s house with a loaded gun. The gunman went to the actress’ home, where he stood outside, screaming.

Also in February, fashion mogul, model, and tattoo icon Kat Von D’s Los Angeles home was burglarized by an intruder who said he wanted to use the bathroom. Von D had also recently announced that she would be leaving California and moving to Indiana part-time due to the state’s “tyrannical government overreach.”

That same month, rapper Kodak Black was shot in the leg outside of an afterparty hosted by singer Justin Bieber in Los Angeles.

In November, television host and actor Terrence Jenkins — better known as Terrence J — narrowly escaped an armed follow-home robbery attempt in which a gunman shot at him.

Los Angeles has been plagued in recent months, with homicides, violent crimes, and gun violence all up.